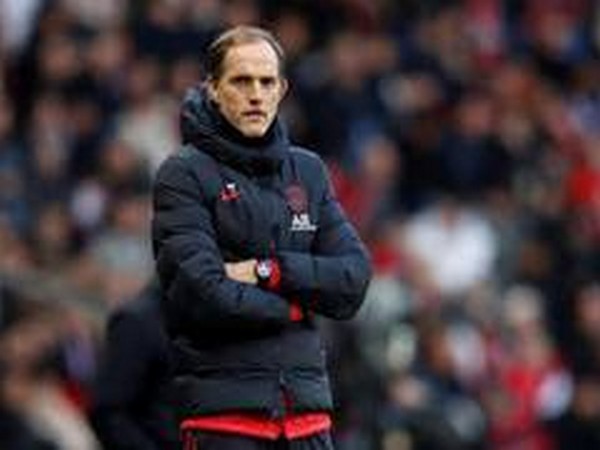 Paris [France], July 31 (ANI): Ahead of the Coupe de la Ligue final against Lyon, Paris Saint-Germain manager Thomas Tuchel has said that it will be a 'top-level game, Champions League-standard'.

"We are going to choose the XI after tonight's training session. We have a big challenge ahead of us tomorrow, it will be a top-level game, Champions League-standard," the club's official website quoted Tuchel as saying.
"We won a big and difficult game last week, that is good for the confidence and the atmosphere in the dressing room. A new challenge now awaits us. We have to prepare well, and that is what we will do," he added.
On July 25, the club won the Coupe de France final against Saint-Etienne by 1-0.
The manager then praised Mauro Icardi saying that the player is "very dangerous in the box".
"He played very well during the friendlies. He is still in good shape, he likes playing with Ney and Kylian. He has different characteristics, he does not need to touch the ball a lot. He does not need to drop deep, he is patient and very dangerous in the box. He can do better and he is going to improve. He understands the game, he is disciplined. He is an important player for us," Tuchel said.
During the Lyon clash, PSG will be without the service of Kylian Mbappe, who suffered an injury during the Saint-Etienne game.
The club on Monday confirmed that Mbappe will be out of action for "approximately three weeks" after being diagnosed with an ankle sprain. (ANI)