It's a bit strange to play without fans but we have to adapt: Jordan Henderson 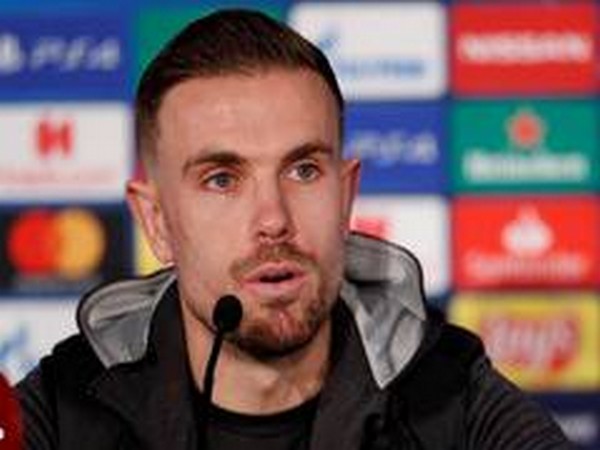 Liverpool [UK], May 22 (ANI): Liverpool captain Jordan Henderson said it is a bit strange to play without fans but emphasised that players must adapt to the situation and focus on performing at the highest level.

Henderson said he has played a game, not so long ago, behind closed doors for England and it was very different.
"It is totally different, especially maybe when the ball goes out and things like that. There's no atmosphere, so it is a little bit strange. But ultimately, when you're on the pitch, you're there to play a football game and you do everything you can and your focus is to go out there and perform at the highest level to go and win the game," the club's official website quoted Henderson as saying.
"That's ultimately what your focus is on, so you adapt to the situation. Again, in an ideal world, of course we want fans back in as soon as possible - but only when it's safe for them to do that. Until then, we've just got to adapt and give everything we can to keep playing football," he added.
Liverpool was witnessing a brilliant run in the Premier League before the 2019-2020 season was forced to put on hold by the coronavirus pandemic in March.
The Reds have begun working in small groups at Melwood this week as part of phase one of the Premier League's Return to Training protocol.
It's consisted of staggered sessions with strict social distancing measures in place as the squad aim to build up fitness following the suspension of football due to the COVID-19 pandemic.
The captain also hailed the club's performance and said the players want to make sure they are in the best shape when they resume playing.
"I haven't so much looked forward, I've actually looked back a little bit more in terms of the season and actually what we've achieved so far is incredible really, as a team. It's more about using that as motivation within training to keep going because when the time comes we want to make sure we're in the best shape we possibly can be to finish off as good as we have been for all season really," he said.
"We want to make sure that when the time is right and we do start playing games again, we pick up where we left off and continue to perform at the highest level, which, looking back, has been incredible for a long period of time," Henderson added. (ANI)