'It's democracy': Ben Stokes on his support for Boris Johnson's address 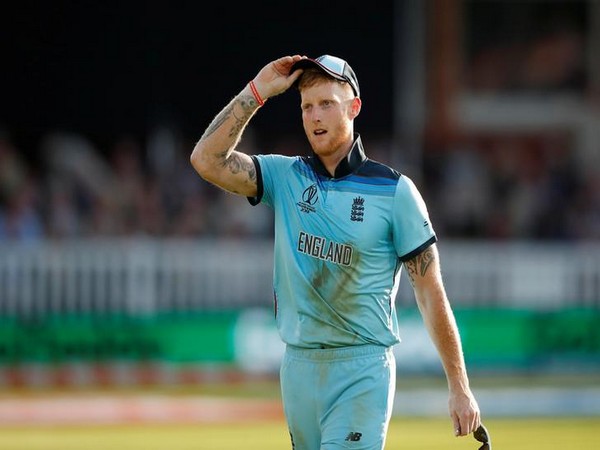 London [UK], May 11 (ANI): England all-rounder Ben Stokes has defended his support for UK Prime Minister Boris Johnson's address to the nation and said that it is the beauty of a democracy that everyone can voice their opinion.

UK Prime Minister Johnson gave an address on Sunday to announce the extension of lockdown till June 1, however, he also gave some relaxations like sunbathing and playing outdoor sports with household members.
However, this address was met with a mixed response as many took to Twitter to voice their concerns as well.
Stokes was the one, who said that Johnson gave a good address. However, one journalist took a jibe at Stokes, saying only the England cricketer ended up liking Johnson's address.
However, replying to the journalist, Stokes said: "We are allowed to disagree and agree on things that's the beauty of democracy and free speech, I've never said I'm a Tory or who I support, I'm not into politics but tonight I listened to Boris and I thought he SPOKE brilliantly I repeat SPOKE...CONTEX NOT CONTENT".

During an address to the nation, UK PM Johnson on Sunday unveiled "careful steps" the government will take to ease the emergency restrictions implemented under nation-wide lockdown to stem the coronavirus spread, CNN reported.
"If we, as a nation, begin to fulfill the conditions I have set out, then in the next few weeks and months, we may be able to go further," Johnson said after confirming that the nationwide stay-at-home order would be relaxed on Wednesday to allow for unlimited outdoor exercise. "At the earliest by June 1, after half term, we believe we may be in a position to begin the phased re-opening of shops and to get primary pupils back into school."
"From this Wednesday, we want to encourage people to take more and even unlimited amounts of outdoor exercise," Johnson said during his address to the nation on Sunday.
The death toll from COVID-19 in the United Kingdom has increased to 31,855, the Health Department said on Sunday. Meanwhile, the number of confirmed cases has risen to 219,183 in total. While the stay-at-home order has been relaxed, Johnson affirmed that there will be "no immediate end" to the nationwide lockdown.
"This is not the time simply to end the lockdown this week...we are taking the first careful steps to modify our measures," Johnson said.
"It would be madness now to throw away that achievement by allowing a second spike...we must stay alert. We must continue to control the virus and save lives," he added. (ANI)