It's going to be tough but we're focused to win: Tielemans ahead of Southampton clash 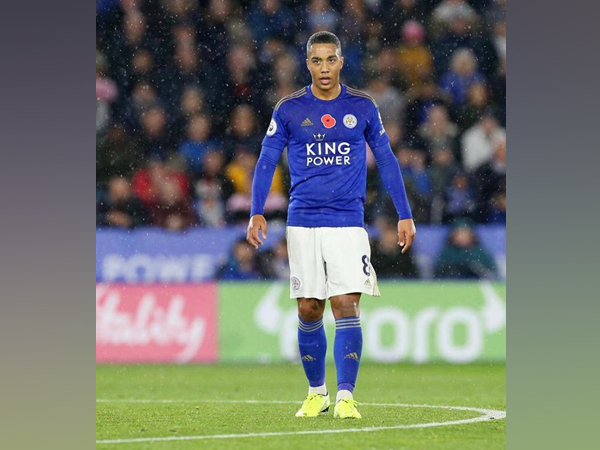 Leicester [UK], January 14 (ANI): Leicester City midfielder Youri Tielemans said although the team's upcoming Premier League clash against Southampton will be a "tough game", they are all focused to win the match and their confidence is "very high".

"We've had a full week to prepare, so all the guys are really focused and ready to go again in the Premier League. We know we have something to do, which is win, hopefully, especially at home. It's going to be a tough game, really, and we're all very focused to win the game," the club's official website quoted Tielemans as saying.
"Our confidence is very high, but we've seen earlier in the season that every game is so different, and you have to be ready for every game, to go again every game to perform. So, it's going to be a tough game for us against a really tough opponent, which is Southampton," he added.
Leicester City currently hold the fourth spot on the Premier League table with 32 points while Southampton are placed in the seventh position with 29 points.
Tielemans also said their opponents are "very organised" and it is going to be a very good game to watch.
"They are very compact in their play and very organised. They have a really good mentality, and some good players," he said.
"It's going to be a very good game to watch. They play very good football, as I've mentioned, some aspects of their game makes them a very good team in general. It's going to be up to us to perform," Tielemans added.
Leicester City will take on Southampton on Sunday. (ANI)