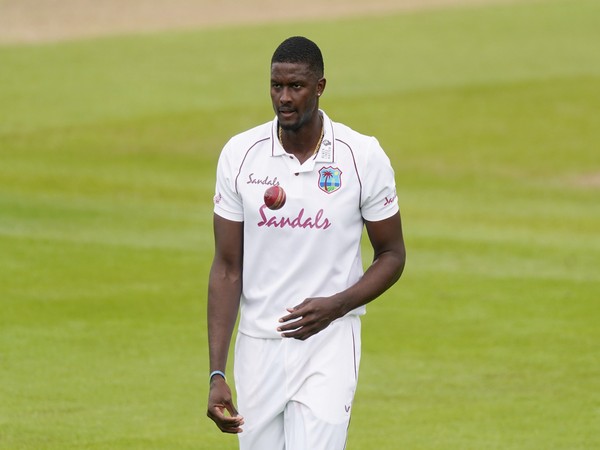 The camp will provide an opportunity for established Test and developing players alike to sharpen and enhance their red-ball skills in a high-performance environment after a month-long break after the Sri Lanka Series.
The camp will include two 'best v best' inter-squad matches, as the West Indies look ahead to their final series in the ICC World Test Championship with two Test matches against the Proteas in June.
Most players attending have been involved in recent West Indies Test squads and high-performance camps. A few players, however, will be receiving their first international training experience since the beginning of the pandemic including Guyanese fast bowler Nial Smith, Jamaican top-order batsman Paul Palmer, Vincentian leg-spinning all-rounder Keron Cottoy, and St. Kitts & Nevis' left-hand batter Kieran Powell.
Test captain Kraigg Brathwaite and fast bowlers Kemar Roach and Alzarri Joseph will not be attending as they are currently competing in the English County Championship and will return to the West Indies for the Test series if selected. Current world number one ranked Test all-rounder Jason Holder is being rested due to his workload across all formats of the game in recent months and will arrive in St Lucia at the end of the month.
The squad will arrive in St. Lucia and complete the quarantine protocols established by the Ministry of Health for the bio-secure environment before they start training led by head coach, Phil Simmons, and his team management unit.
"This camp is very important for our preparation for the upcoming Test Series against South Africa and for the rest of our busy and exciting summer. We will continue the work which we began last year in England, to further develop our Test team into a force to be reckoned with in world cricket," Simmons said.
"We welcome the good news of a rise to sixth in the ICC Test Rankings. However, this is just the beginning of our journey and we know we have lots of hard work ahead of us," he added.
CWI, in partnership with the St. Lucia National Cricket Association, have been working closely with the Government and Ministry of Health to create a safe bio-secure bubble for the players and staff. Everyone entering the bio-secure bubble will undergo two COVID-19 PCR tests prior to their arrival in St. Lucia and throughout the duration of their stay.
The Daren Sammy Cricket Stadium (DSCG) will host both Test matches against South Africa, the first bilateral cricket that they will play in the Caribbean since 2010, with the first Test to be played from June 12-16 and the second from June 18-22.
CWI high-performance training squad: Jermaine Blackwood, Nkrumah Bonner, Darren Bravo, Shamarh Brooks, John Campbell, Roston Chase, Rahkeem Cornwall, Keron Cottoy, Joshua Da Silva, Shannon Gabriel, Keon Harding, Jahmar Hamilton, Kavem Hodge, Chemar Holder, Shai Hope, Kyle Mayers, Obed McCoy, Preston McSween, Marquino Mindley, Shayne Moseley, Paul Palmer, Veerasammy Permaul, Anderson Phillip, Kieran Powell, Raymon Reifer, Jayden Seales, Nial Smith, Oshane Thomas, Hayden Walsh Jr, Jomel Warrican. (ANI)