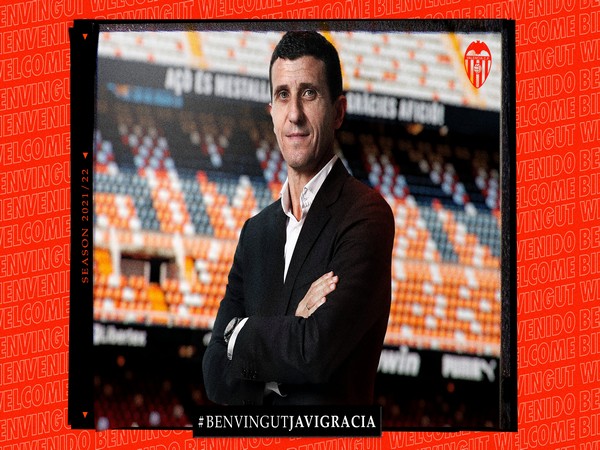 The club announced that Gracia has agreed to a two-year contract which will keep him at the club until June 2022.
"Valencia CF have reached an agreement with Javi Gracia, who has been appointed as the first-team coach as of Monday, on a 2-year deal through to June 30th, 2022," the club said in a statement.
Expressing elation over being appointed as coach, Gracia said he is looking forward to getting to work.
"I'm very happy to be at this great club, in this beautiful city. I'm looking forward to getting to work," the club's official website quoted Gracia as saying.
"We're going through what is a difficult time for everybody, in which health is the most important thing, but as professionals, of course, we are thinking about football. We want our work to help people to feel better in some way. Personally, I'm very proud to be coaching a club like Valencia CF," he added.
Valencia finished ninth in the 2019-2020 La Liga season. (ANI)