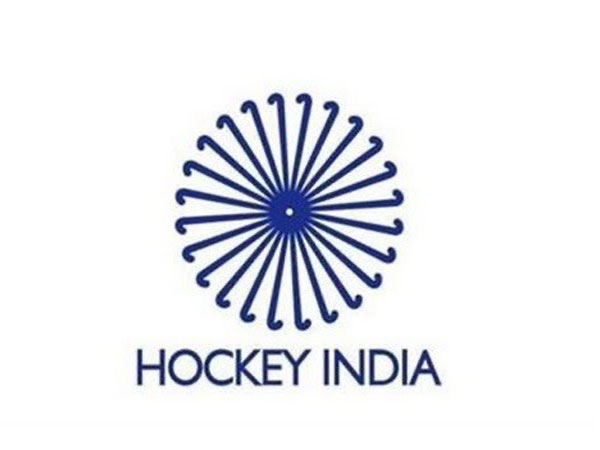 Simdega (Jharkhand) [India], October 13 (ANI): The wait for Indian women players to sizzle on their home turf is nearly over with just one week left before the start of the 11th Hockey India Junior Women National Championship 2021.

Hockey Jharkhand has left no stone unturned to ensure the smooth functioning of the Championships, which will be held in Simdega between October 20 to 29, 2021. The tournament will provide Indian youngsters with a platform to showcase their talent and impress selectors, who will be present at the National Championships. Good performance here will enable players to vie for a place in the Hockey India National Program for junior women.
Twenty-seven teams, with over 500 players as well as coaching and support staff, will arrive in Simdega this week for the prestigious annual tournament. As a part of Hockey India's drive in spreading the game to every pocket of the country, Simdega, a district that has produced several hockey stars, has been given the opportunity to host the event.
The participating teams include Hockey Jharkhand, Kerala Hockey and Hockey Unit of Tamil Nadu in Pool A, Hockey Haryana, Assam Hockey, Hockey Rajasthan in Pool B, Hockey Mizoram, Hockey Andhra Pradesh and Telangana Hockey in Pool C while Uttar Pradesh Hockey, Hockey Uttarakhand and Manipur Hockey feature in Pool D.
In Pool E, Hockey Maharashtra, Delhi Hockey and Hockey Gujarat will fight for a place in the knockouts while Hockey Chandigarh, Hockey Bihar, Goans Hockey, Hockey Jammu & Kashmir feature in Pool F. Odisha, Chhattisgarh Hockey, Hockey Himachal and Hockey Madhya Pradesh are grouped in Pool G whereas Hockey Karnataka, Hockey Punjab, Hockey Bengal and Le Puducherry Hockey are in Pool H.
After six days of pool matches, the quarter-finals will be played on October 26, the semi-finals will be held on October 28 whereas the medal matches are scheduled for October 29.
Hockey Jharkhand's Organising Secretary Bijay Shankar Singh said: "We are very happy that Hockey India has given us the opportunity to host the 11th Hockey India Junior Women National Championship 2021. We have received great support from the District Administration Simdega, the Government of Jharkhand to host this tournament and the SOPs provided by Hockey India. It gives us a clear understanding of what needs to be done as organisers."
He further emphasized that all safety measures will be in place for the tournament. "Apart from Hockey India SOPs, we will be adhering to guidelines by the Ministry of Home Affairs as well as the Government of Jharkhand. We look forward to hosting a successful event," he said.
Apart from several SOPs laid out by Hockey India, each and every athlete, coaches, technical officials participating in the 11th Hockey India Junior Women National Championship 2021 would need to submit a negative COVID RT-PCR test report on arrival at Simdega with the test taken within 48 hours prior to departure to Simdega, Jharkhand.
Further to this, all athletes and officials need to have the Aaroya Setu app on their devices. They must also follow physical distancing measures at all locations, except athletes on the field. A COVID-19 task force will also be constituted by the organising committee to ensure the implementation of the protocols issued by the MHA and the respective state government. (ANI)