Jofra Archer condemns racist abuse after being targeted on Instagram 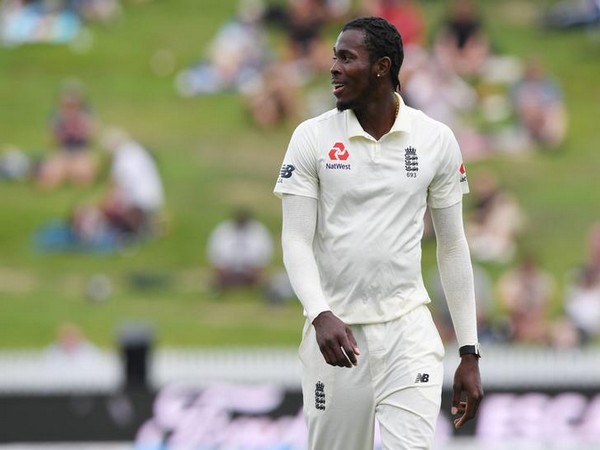 The 24-year-old pacer posted a screenshot of the message he received on Instagram and said he is not able to understand as to why someone would make such comments.
"I have given a lot of thought about reacting to this and I hope no one else has to deal with stuff like this on a regular basis, it is not ever acceptable and should be addressed properly in my opinion. I will never understand how people feel so freely to say these things to another human being, it baffles me," Archer wrote on his Instagram story beneath the screenshot of the racial abuse. 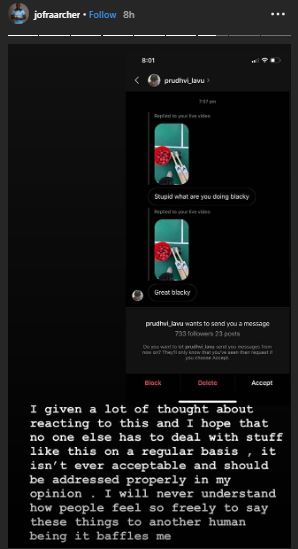 This is not the first time that Archer has been exposed to racial abuse. Last year, during a Test match against New Zealand, Archer was exposed to racial slurs from the crowd.
As a result, New Zealand Cricket (NZC) handed the fan a two-year ban from attending international and domestic matches in the country.
A 28-year-old man from Auckland had admitted abusing the pacer during the first Test against England after a police investigation and was issued a verbal warning for using insulting language.
The 24-year-old Archer is recovering from a stress fracture in his elbow, diagnosed after England's tour of South Africa. (ANI)