Jofra Archer ruled out of T20I series against South Africa 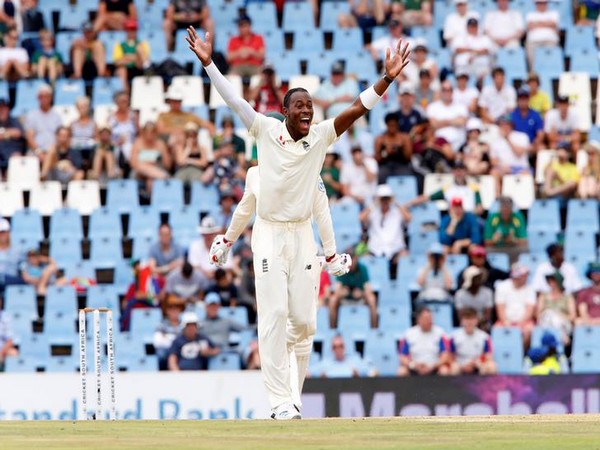 London [UK], Jan 29 (ANI): England pacer Jofra Archer on Wednesday was ruled out of the T20I series against South Africa due to sore right elbow.

England Cricket Board (ECB) said the bowler returned to the UK on Tuesday. Saqib Mahmood has been named Archer's replacement for the three-match T20I series.
"Archer returned to UK on Tuesday evening and will focus his time on getting fit after sustaining soreness to his right elbow, which forced him out of the last three Tests against the Proteas," ECB said in a statement.
Archer only played one Test against South Africa out of four. Despite Archer's absence, England managed to clinch the four-match Test series by 3-1.
Ahead of the T20I series, England will take on South Africa for a three-match ODI series, starting from February 4. (ANI)