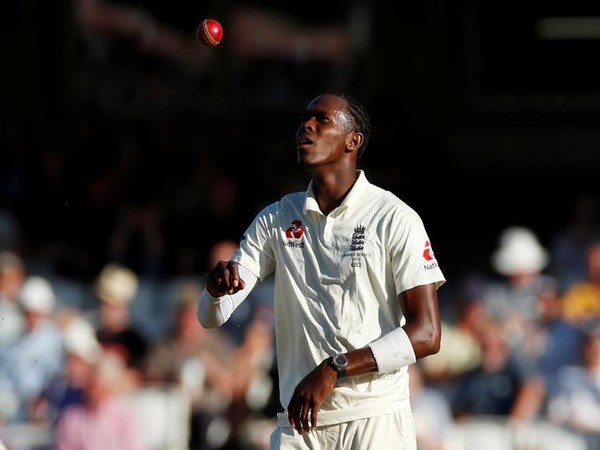 Sussex [UK], March 5 (ANI): Fast bowler Jofra Archer on Thursday signed a two-year contract extension with Sussex, which will allow him to be at the club until 2022 season.
Archer made his debut for Sussex in July 2016. He has taken 196 wickets in 97 appearances across all three formats for the club.

The 24-year-old said he is delighted to be part of the Sussex as the club gave him a platform to showcase skills.
"Sussex gave me my opportunity right at the beginning of my career, so I am very happy to commit long term to the club," the club's official website quoted Archer as saying.
"I really do enjoy playing with everyone here at Sussex and it was really nice to come back down last year to play a few games with the lads. It's the same club that I left it as and it's nice to know nothing has changed. Sometimes people sit in my space in the dressing room now, but that's fine!" he added. (ANI)