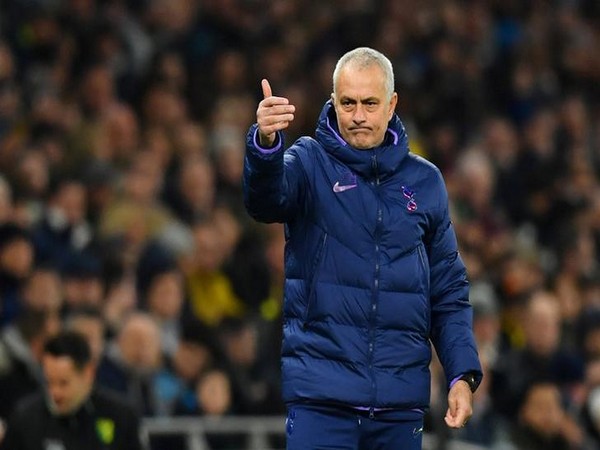 Leeds [UK], Mar 10 (ANI): Ahead of the Champions League round-of-16 fixture against RB Leipzig, Tottenham manager Jose Mourinho has assured the fans that he will surely win a title with the club.

"I believe Tottenham is not going to be my only club without silverware. I won it at every club and I believe I am going to do it also with Tottenham. I am here for three or four months," Goal.com quoted Mourinho as saying.
Mourinho, considered as one of the most reliable managers, won titles with Chelsea, Inter Milan, Real Madrid, and Manchester United.
"I took over the team in a very difficult situation and now it is even more difficult with so many problems we're having but I believe in me, in the players, in the club and I believe that during my contract I am going to help the club to do it," he added.
Tottenham has now gone five games without a win in all competitions.
"Momentum is not the best but I feel the boys deserve something special. The group is very good, the boys give everything and again, in a very honest way, if we look at our games against Norwich, Wolves, Burnley, I think we fought really hard against all the circumstances," Mourinho said.
Tottenham is currently placed at the eighth position in the Premier League standings with 41 points from 29 matches. (ANI)