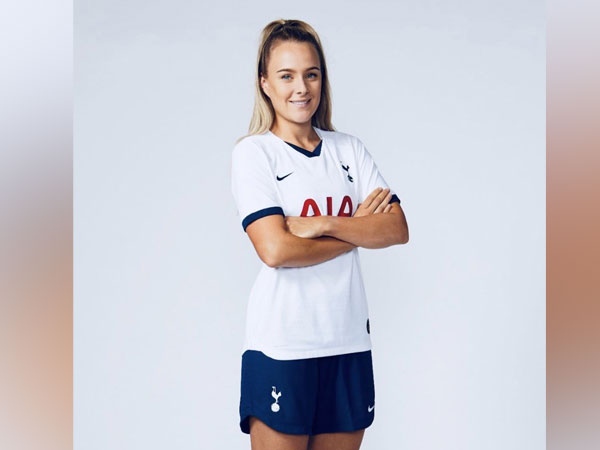 London [UK], June 19 (ANI): Tottenham on Friday announced that Josie Green has signed a new contract with the club until 2022.

The 27-year-old arrived at Spurs from Watford in 2016 and was part of the squad that won the quadruple a year later, and promotion to the FA Women's Super League (WSL) in 2019.
The midfielder made 17 appearances last season, including 12 starts in the WSL and continues to represent Wales at the international level, having earned her first senior cap as a 16-year-old in 2010.
Commenting on her contract extension, Green said she is 'pleased' and wants to improve her game to help the team progress further in WSL.
"I am really pleased to have signed a new contract with the Club. I feel that I am continually developing as a player and a big part of that is down to the staff and the environment around me at Spurs," the club's official website quoted Green as saying.
"I want to continue to grow as a player and focus on improving my game as much as I can to help the team progress further in the WSL," she added. (ANI)