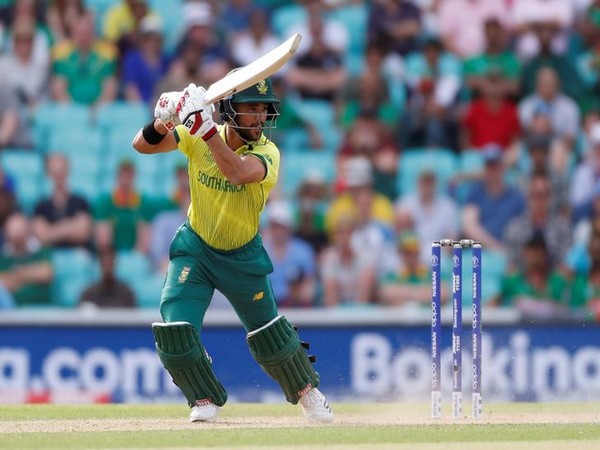 New Delhi [India], June 20 (ANI): Former South African all-rounder JP Duminy revealed that becoming the number one side in the Test cricket in 2012 was the highest point of his cricket playing career.

The left-handed batsman said during an Instagram live session with former Zimbabwe pacer Pommie Mbangwa.
"2012, winning the number one spot for South Africa," Duminy said.
In the year 2012, Proteas won four series during the course of the year and attained the numero uno position in the longest format of the game.
Talking about his lowest point he recalled the 2009 T20 World Cup semifinal loss against Pakistan.
Proteas lost to Pakistan by seven runs and failed to play their first-ever summit clash in the T20 format. South Africa has never qualified in the final of the T20 World Cup so far.
Duminy named Gary Kirsten and Darren Lehmann as best coaches for motivational speeches when asked by Mbangwa.
The 35-year-old announced his retirement from the ODI cricket last year. Duminy featured in 199 ODIs for South Africa. He has 5117 runs, including four centuries and 27 fifties to his credit. He also bagged 69 wickets, including one four-wicket haul. (ANI)