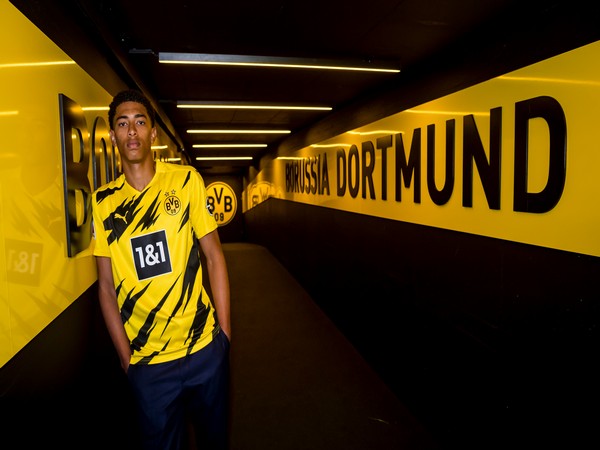 Dortmund [Germany], July 20 (ANI): Borussia Dortmund on Monday announced that Jude Bellingham has signed a long-term deal with the club.

The 17-year-old is making a move from Birmingham City FC.
"The young Englishman has signed a long-term deal with his new club. Despite his young age, he will join their first team squad from day one," the club said in a statement.
Bellingham, who also plays for England's under-17 national team (three caps, two goals), is about to finish a long season in the Championship, in which he has contributed four goals and three assists from midfield in his 40 appearances.
Borussia Dortmund's sporting director, Michael Zorc, said Bellingham has "enormous potential".
"Jude Bellingham has decided with absolute confidence to pursue his career at Borussia Dortmund. The primary motivation behind his decision were the prospects on the pitch we were able to offer him," the club's official website quoted Zorc as saying.
"He has enormous potential, which we will continue to develop together with him over the coming years. He already boasts astonishing quality with and without the ball, and has a strong mentality to boot. Jude will immediately strengthen our first team squad, but we will certainly give him all the time he needs to adapt to the higher level of play," he said.
Bellingham will join up with his new team on July 30 as they prepare for the upcoming season, including a week-long training camp in Bad Ragaz, Switzerland. (ANI)