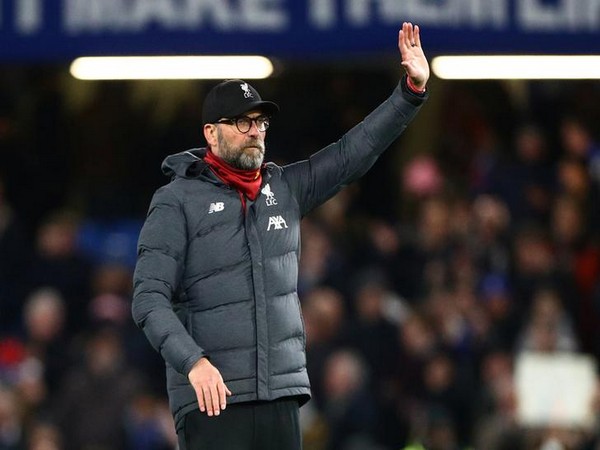 London [UK], Mar 4 (ANI): Liverpool manager Jurgen Klopp is not concerned over his club's current form despite the team losing three of the last four matches in all competitions.

"Look, it went our way for so long because we defended outstandingly. Usually you don't get a lot of chances against us and stuff like this, but now we have to admit that in the last three games - [maybe] four - we have conceded absolutely too many goals, that's true," the club's official website quoted Klopp as saying.
"From completely different situations, so it is not one problem, but we see it as well. I am not worried about the momentum - momentum is not something you get as a present, you have to get it to keep it," he added.
The most recent defeat Liverpool witnessed was on Wednesday when they were thrashed by Chelsea 2-0 in the FA Cup's fifth round.
Earlier on February 29, Klopp-led suffered their first Premier League defeat this season. Liverpool, who were on a 44-match unbeaten run in the Premier League, had witnessed a massive 3-0 defeat at the hands of Watford.
Despite the defeat, Liverpool top the Premier League table with 79 points, 22 points ahead of the second-placed Manchester City. (ANI)