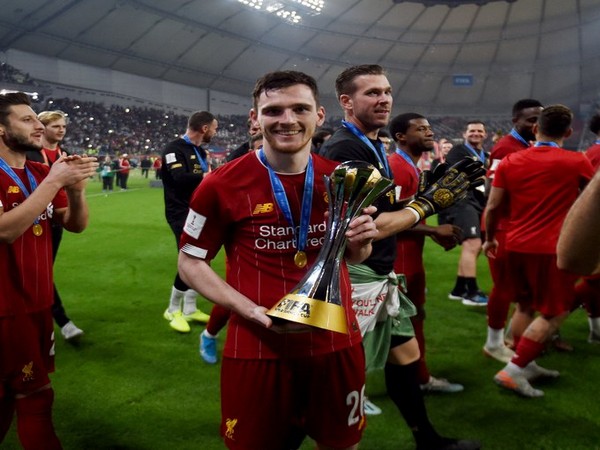 Liverpool [UK], July 21 (ANI): Liverpool manager Jurgen Klopp has praised Andy Robertson, who completed three years at the club on Tuesday, saying that the latter has an "incredible personality".

The left-back joined the Reds on July 21, 2017, and has since established himself as a vital component in Klopp's UEFA Champions League, UEFA Super Cup, FIFA Club World Cup, and Premier League-winning team.
"Andy Robertson was somebody we brought in because he was a player we thought who could really help us. It was always clear that he had to improve a few things but a few things were already then that good that we said: 'OK, come on, let's give it more than a proper try," the club's official website quoted Klopp as saying.
"And I couldn't be happier because all the things I thought about him, he's much better. He's a much better person, he's a much better football player, he has an incredible personality," he added.
Liverpool has already sealed this season's Premier League title. The Reds secured their first top-flight championship in 30 years on June 25 but they have not yet lifted the actual prize over their heads.
However, the opportunity to do that arrives on Thursday after the club completes its final home fixture of the 2019-20 season against Chelsea. (ANI)