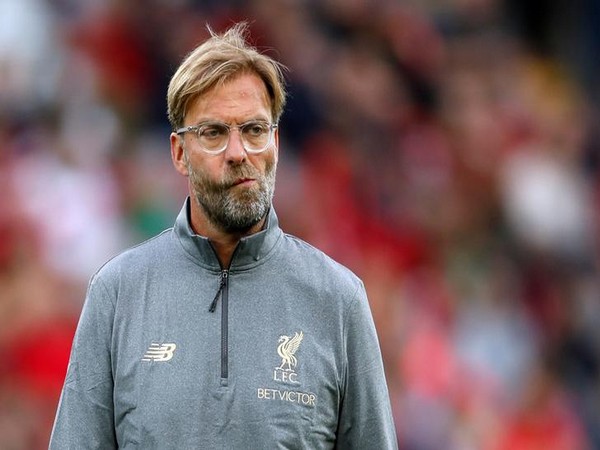 Liverpool [UK], Feb 2 (ANI): After thrashing Southampton 4-0 at Anfield in the Premier League on Saturday, Liverpool manager Jurgen Klopp praised the losing side and said "what a team that is".

"First and foremost, I really have to say, wow, Southampton - what a team that is. I have been in football for so long and have never seen a turnaround like that. When I saw them playing at home against Chelsea months ago, I was really worried. That kind of turnaround is just exceptional," Goal.com quoted Klopp as saying.
The Reds kicked off the clash in a great manner as the side dominated the possession and made several attempts to score a goal. However, no goals were scored in the first half.
"The set-up they have is constantly causing you problems. Their defence is really good and then their counter attacks are exceptional. [Danny] Ings and [Shane] Long, what they do there up front, how they are supported by the midfield and the wingers, is just exceptional," Klopp said.
The Hosts broke the deadlock in the 47th minute of the game as Alex Oxlade-Chamberlain scored his second goal of the week.
Liverpool captain Jordan Henderson rose up to the occasion and scored a goal in the 64th minute of the match as the side extended their lead over Southampton to 2-0.
In the 72nd minute of the match, Mohamed Salah scored a superb goal taking the scoreline to 3-0 in favour of Liverpool. Salah scored for the second time in the 90th minute of the game.
With the victory, Liverpool continued their dominance in the Premier League table and took the tally to 73 points. The Reds will next take on Norwich City at Carrow Road on February 15. (ANI)