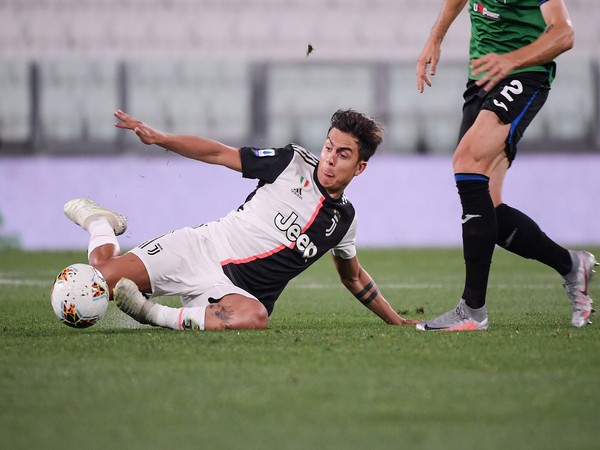 Dybala went off injured in the first half of Juve's 2-0 win over Sampdoria on Sunday night which saw them claim a ninth consecutive Serie A title.
"Paulo Dybala underwent radiological tests at J Medical this morning which revealed an elongation of the rectus femoral muscle of the left thigh. His conditions will be evaluated day by day," the club said in a statement.
The club have already claimed the Serie A title with two games to spare. The recovery time from similar injuries is about 10 days.
Juventus to play against Lyon in the Champions League's second leg of the round of 16 on August 8. They need to overturn a 1-0 loss from February to advance to the quarter-finals in Lisbon. (ANI)