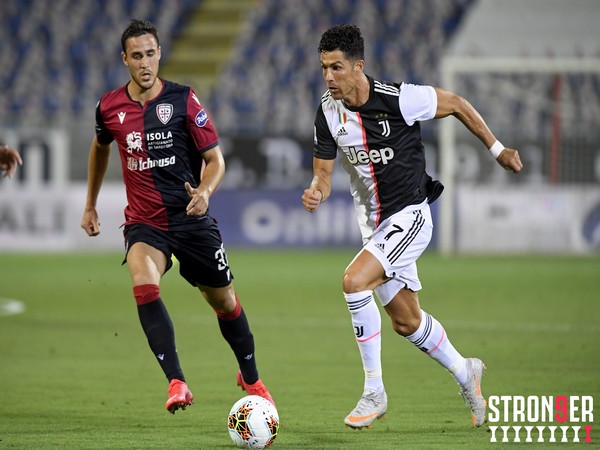 Cagliari [Italy], July 30 (ANI): Juventus suffered a 2-0 defeat at the hands of Cagliari in the ongoing Serie A here.

From the beginning only, Cagliari played aggressively and successfully managed to take the lead when the match was just in the eighth minute. Luca Gagliano handed Cagliari the advantage.
Giovanni Simeone then doubled the lead for Cagliari in the 45+2nd minute, putting immense pressure on the visitors. The Maurizio Sarri-led side failed to even open their account as the match concluded on the same.
However, the defeat did not impact Juventus much as they have already sealed the Serie A title of the 2019-2020 season. Juventus secured the trophy on Monday when they registered a 2-0 win over Sampdoria. This was the club's ninth successive Serie A title.
The Serie A table-toppers, Juventus, have 83 points with a four-point lead over the second-placed Inter Milan. On the other hand, Cagliari is placed on the 13th spot on the table with just 45 points.
In the final match of this season's Serie A, Juventus will take on Roma on August 2. (ANI)