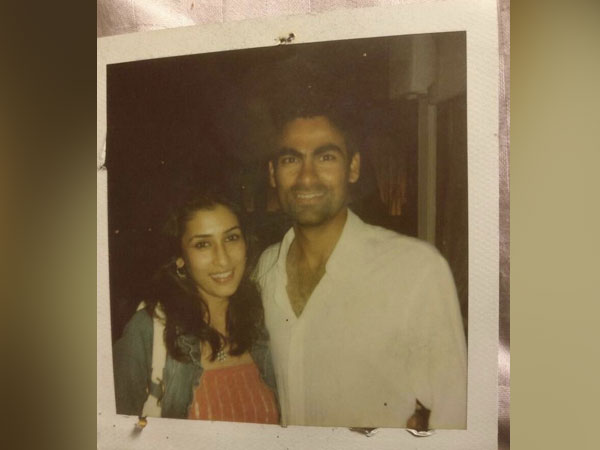 New Delhi [India], Mar 25 (ANI): As Mohammad Kaif and wife Pooja celebrate nine years of marriage today, the former cricketer on Wednesday routed away from the usual cheesy wishes and rather said, 'he has been in lockdown with her for nine years now'.

The former Indian batsman took to Twitter to send in the wishes and said: "Been locked down with this one for 9 years now. #HappyAnniversary, Pooja. This has been my life's best partnership". 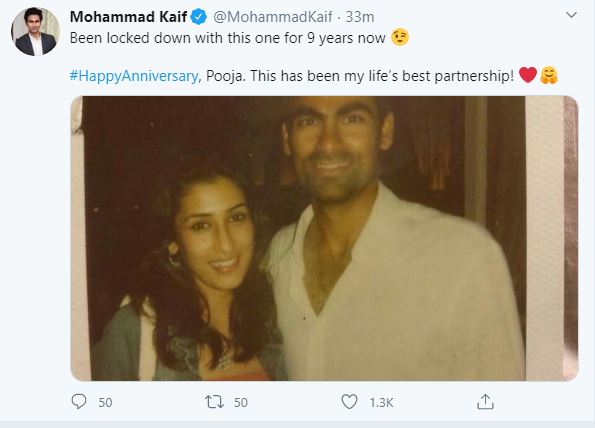 This tweet by Kaif comes at a time when the whole country has been sent into lockdown for 21 days as a precautionary measure against COVID-19.
The 39-year-old had led the side to its first U-19 World Cup win on January 28, 2000.
India faced off against Sri Lanka in the finals of the tournament and after the win, Kaif burst into the senior lineup.
Then, a major cricketing highlight for Kaif came in 2003 as he played a crucial role in India's Natwest trophy win. The Men in Blue defeated England in the finals of the tournament.
In the Natwest final, India was set a target of 326 to win the match. India was struggling at 146/5 when both Yuvraj and Kaif got together at the crease. The duo put on a partnership of 121 runs to give India a glimmer of hope in the match.
Yuvraj was dismissed for 69 runs, but Kaif batted well the tailenders to give India a win in the final over by two wickets and with three balls to spare.
In an international career that spanned six years (2000-2006), he played in 13 Tests and 125 One Day Internationals. (ANI)