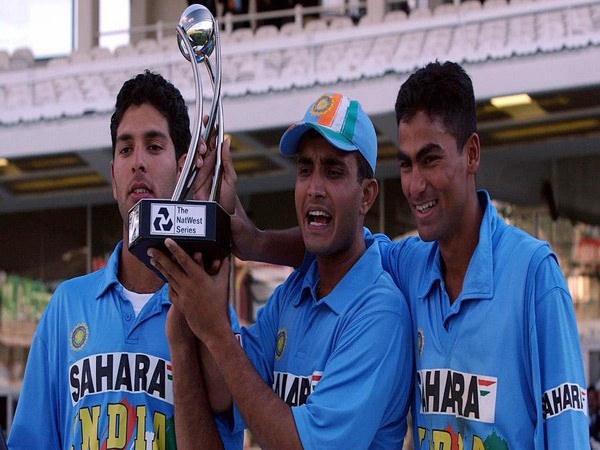 Kaif used the picture of Sourav Ganguly taking off his shirt as 'art' and then went on to use his and Yuvraj Singh's picture to refer to 'artist'. 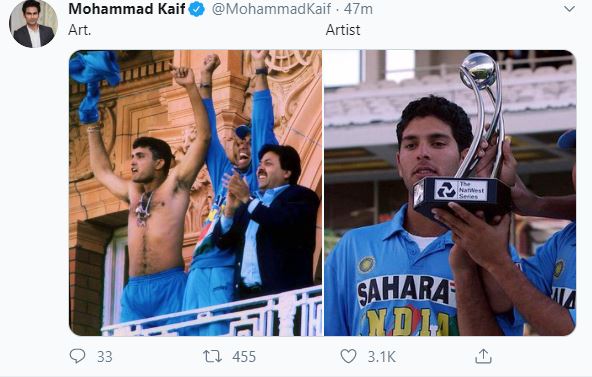 Art and artist memes have flooded social media. In this trend, users are using a combination of two photos, one refers to the art and the other refers to the artist.
In the Natwest final, India was set a target of 326 to win the match. India was struggling at 146/5 when both Yuvraj and Kaif got together at the crease.
The duo put on a partnership of 121 runs to give India a glimmer of hope in the match. Yuvraj was dismissed for 69 runs, but Kaif batted well the tailenders to give India a win in the final over by two wickets and with three balls to spare.
After the win, then skipper Ganguly took off his shirt and celebrated in style at the Lord's dressing room. (ANI)