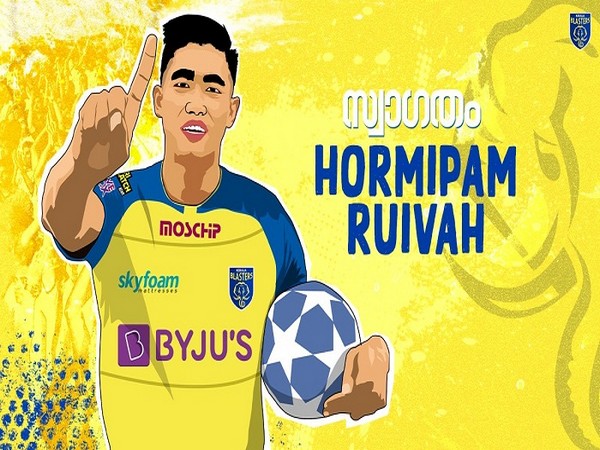 The 20-year-old hails from Somdal, Manipur, and has been playing football since his early childhood. He was an integral part of the Indian Arrows in the 2019-2020 season.
Initially, the young defender joined the Sports Authority of India (SAI) academy in Imphal in 2017. Later in 2018, Hormipam was part of the U-18 side of Punjab FC which earned him a call-up to the Indian U-18 squad.
The center back played an integral role with Minerva Punjab, winning their maiden Hero Elite U-18 League in the 2018-2019 season. Hormipam was also part of the Indian team that won the 2019 SAFF U-18 Championship in Nepal.
"I am excited to join and continue my football journey with Kerala Blasters FC. I have heard a lot about their fan base and always wanted to be part of the team. I promise to strive harder and want to do the best for the Yellow Army in future. I am eagerly waiting to begin my training with the team," said Ruivah Hormipam in an official statement.
Hormipam spent the 2019-20 season with Indian Arrows on loan from Punjab FC and started 14 matches in defence. The youngster has put in consistent performances this season in his 9 appearances for Punjab FC in the I-League, playing over 600 minutes with six starts to his name.
"I am happy to have a talented player like Hormipam join Kerala Blasters FC. Being the 'Man of the Match' on his professional debut, I believe he will bring out some solid performances along with the support of everyone here at the club and especially the Yellow Army," said Karolis Skinkys, Sporting Director, Kerala Blasters FC.
"He has the potential to turn into a mainstay at the heart of our defence in the future. I wish him all the very best and extend my full support in his football career," he added. (ANI)