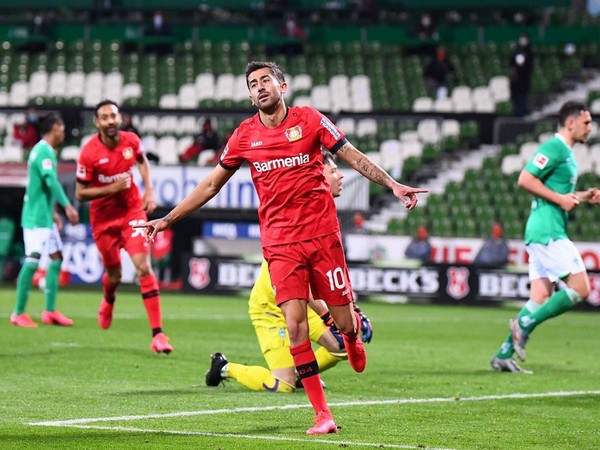 "We definitely wanted to win this game and we did that really well. It was a great match and a very impressive performance by us," the club's official website quoted Demirbay as saying.
Bayer Leverkusen on Tuesday trounced Werder Bremen by 4-1 during their Bundesliga clash here at the Weserstadion.
Kai Havertz scored twice in the first half while Mitchell Weiser and Demirbay scored one goal each in the second half to hand their side a massive win.
Havertz expressed elation over the victory and has set sights on the club's next match against the third-placed club Monchengladbach.
"I'm very happy. We didn't make many mistakes and deserved to win. Now we want to carry on at Monchengladbach on Saturday," Havertz said.
It was Bayer Leverkusen's first match after the resumption of the Bundesliga. Bundesliga returned to action on May 16 after a long hiatus caused by the coronavirus pandemic.
Bayer Leverkusen now have 50 points, just one point behind the fourth-placed club RB Leipzig. (ANI)