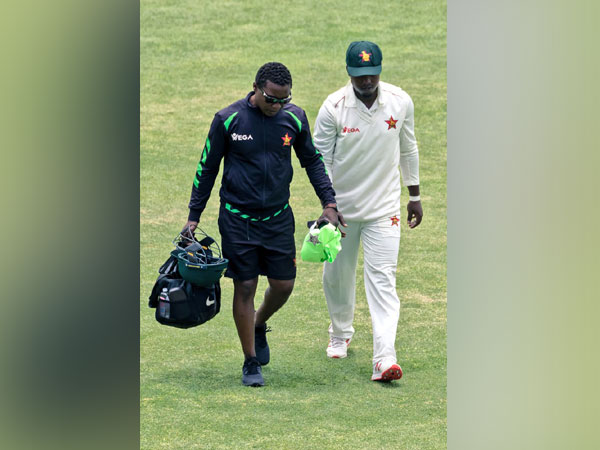 Harare [Zimbabwe], Jan 21 (ANI): Zimbabwe player Kevin Kasuza suffered a concussion after being hit on the head by a ball while fielding on the third day of the first Test against Sri Lanka here on Tuesday.

Kasuza was taken off the field for a scan.
Resuming their innings from 42/1, Sri Lanka played cautiously as Dimuth Karunaratne and Kusal Mendis put on 50 runs stand between them for the second wicket. However, Donald Tiripano struck in 29th over as he dismissed Karunaratne (37).
Mendis on the other brought up his half -century and took the visitors total past 150 runs.
At the time of filing this story, Sri Lanka were in a commanding position at 174/2. Mendis is at the crease on 78 runs and Angelo Mathews is at 30 runs. Both players have stitched a partnership of 82* runs.
Earlier, Prince Masvaure, Kevin Kasuza and Craig Ervine's knocks of 55, 63 and 85 respectively helped Zimbabwe post a total of 358 in their first innings. (ANI)