Khaleel Ahmed ruled out of New Zealand A tour 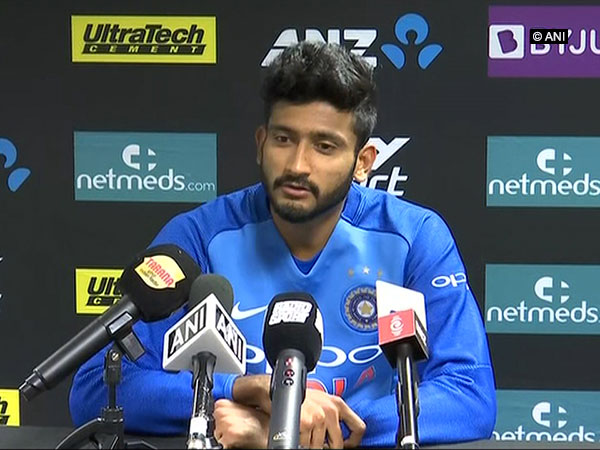 New Delhi [India], Jan 25 (ANI): Indian fast bowler Khaleel Ahmed was on Saturday ruled out of India A side touring New Zealand.
Ahmed suffered a fracture in the scaphoid bone of his left wrist during the first one-day match against New Zealand A at Lincoln on January 22.

The 22-year-old's hand has been placed in a plaster cast. The left-arm fast bowler will be undergoing the rehabilitation process at National Cricket Academy (NCA).
Earlier on Friday, Virat Kohli led side chased down the target of 204 against New Zealand in the first T20I of the five-match series at the Eden Park in Auckland.
KL Rahul and Shreyas Iyer played a splendid knock of 56 and 58* respectively.
Both sides will take on each other in the second T20I on January 26. (ANI)