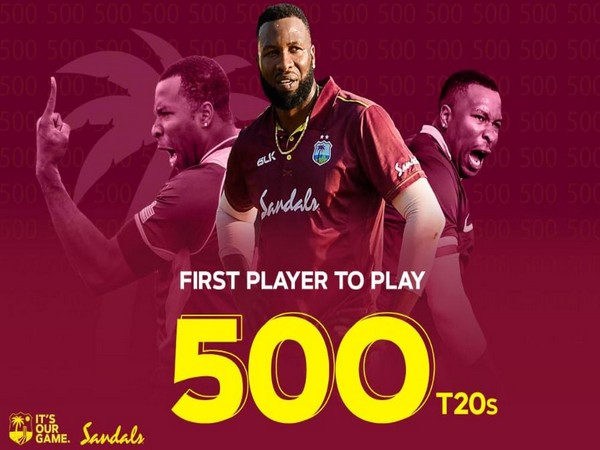 West Indies are currently in Sri Lanka to play three ODIs and two T20Is. Pollard scripted the record when he stepped out on the field for the first T20I against Sri Lanka here.
"Huge congrats to Captain @KieronPollard55 on his 500th T20 today! What an achievement! #MenInMaroon #ItsOurGame," Windies Cricket tweeted.
Sri Lanka thrashed West Indies in the ODI series as they clinched the series by 3-0. In the first T20I, the visitors won the toss and opted to bat first. (ANI)