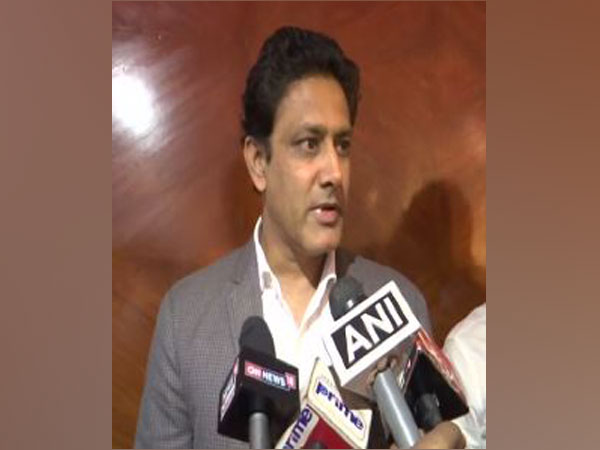 London [UK], Oct 11 (ANI): Former India leg-spinner Anil Kumble has been appointed the head coach of the Indian Premier League (IPL) franchise Kings XI Punjab for the 2020 edition.
The 48-year-old is also being put in charge of "all cricket-related affairs" of the team for the foreseeable future, co-owner of the franchise Mohit Burman has confirmed. The appointment makes Kumble the only Indian coach in the IPL, ESPNcricinfo reported on Friday.

Kumble's appointment makes this the fifth change in management in as many years. Following Sanjay Bangar's exit in 2016, Virender Sehwag took over as the head of cricket operations in 2017. He relinquished the post at the end of that season, after which Brad Hodge took over as the head coach in 2018, while Mike Hesson fulfilled that role this year.
Earlier, Kumble served as a mentor for the Royal Challengers Banglore (RCB), whom he also led to the IPL final in 2009, as captain.
Kings Xi Punjab finished at the sixth spot in the points table in the 12th edition of the IPL. The team has failed to make it the playoffs since finishing as runner-ups in 2014. (ANI)