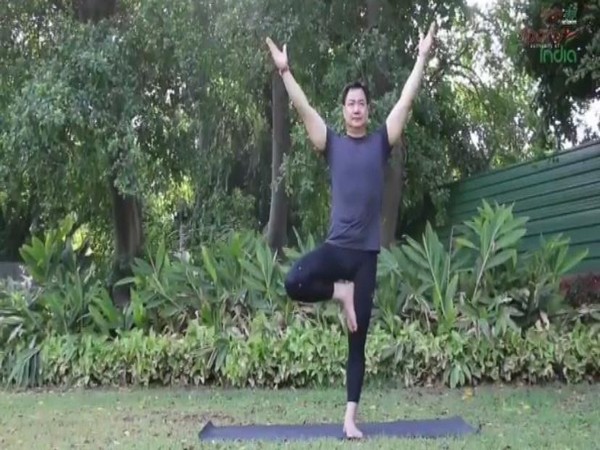 New Delhi [India], June 21 (ANI): Union Minister for Youth Affairs and Sports Kiren Rijiju on Sunday joined the International Yoga Day celebrations as he performed asanas and said it is "more relevant" during the time when the country is fighting against coronavirus.

Rijiju took to Twitter and posted a video of him performing asanas.
"Yoga is a heritage of India but the world has embraced it as #InternationalYogaDay on 21st June by UN declaration under the leadership of PM @narendramodi ji. It's more relevant during #COVID19. Greetings to everyone on #Internationalyogaday2020," Rijiju captioned the video.
The International Yoga Day was proposed by Prime Minister Narendra Modi in his speech at the United Nations General Assembly (UNGA) on September 27, 2014.
It is observed on June 21 every year to spread awareness about the importance and effects of yoga on the health of the people. The word 'yoga' is derived from Sanskrit which means to join or to unite. (ANI)