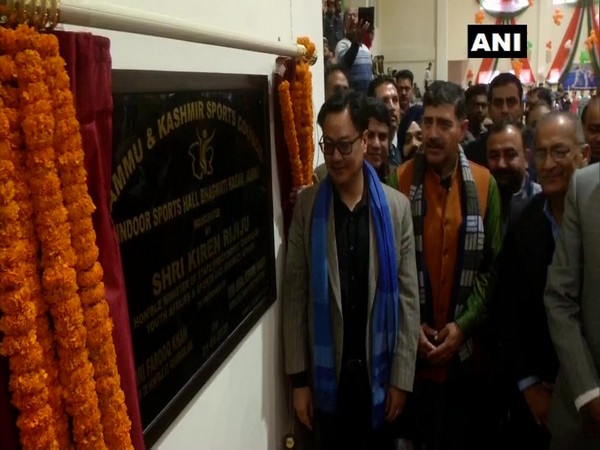 Rijiju said that a cycling track and a yoga center will be constructed at the complex.
Sports Minister said that Jammu and Kashmir in the future will turn into a major powerhouse of sports.
"In the coming days Jammu and Kashmir will become major powerhouse in sports of India," he said.
Bavleen Kaur, a player, said that the upcoming stadium will boost the performance of the players.
"I feel very happy to see Minister Kiren Rijiju coming here for the inauguration of the stadium. It will boost the performance of the players," said Kaur.
Shreya Gupta, a fencing player, said that this stadium will boost the infrastructure of the state, which will motivate the players of the state to do well.
"Players from Jammu and Kashmir are doing very well in World Championships and this stadium will further boost the infrastructure, which will motivate players to win medals in Olympics," said Shreya.
"This stadium will help athletes from remote areas to come and showcase their talent," she added. (ANI)