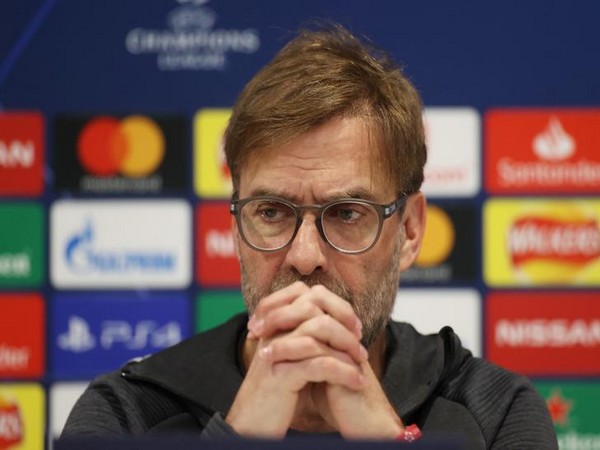 Liverpool [UK], Mar 11 (ANI): Liverpool manager Jurgen Klopp is expecting a 'really experienced performance' from Atletico Madrid as both clubs are gearing up for the Champions League last-16 tie.

Liverpool are trailing 1-0 from the first leg of their tie against Atletico Madrid.
"We expect a really experienced performance of Atletico in all different departments. We have to deal with that. But there's another area of football where we can be better than the first game and better than Atletico. But we have to show that tomorrow night, I cannot do that here now," the club's official website quoted Klopp as saying.
During the first leg, Saul Niguez had struck a goal in the fourth minute of the match to hand Atletico Madrid a 1-0 lead.
Klopp insisted his side should play with freedom in the second-leg.
"Tomorrow night is a game that we have to show that we really learn from the first game and that we really want to go through with respecting it's possible that we don't go. Because if you are afraid of going out, you cannot play with freedom and we need this freedom," he said.
Liverpool will take on Atletico Madrid on March 12. (ANI)