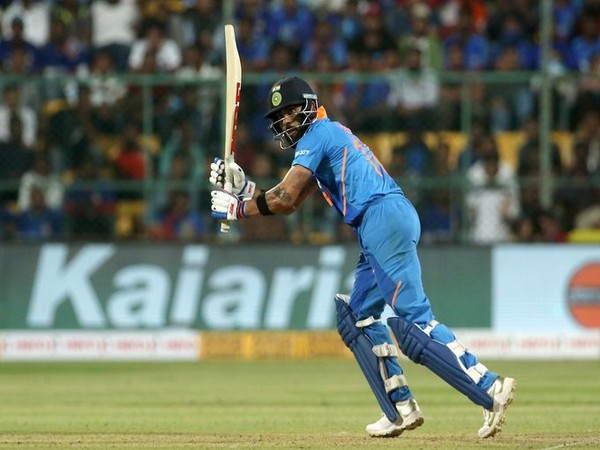 Kohli achieved the milestone during the ongoing third ODI against Australia at M Chinnaswamy here. He broke the record which had been set by his former skipper MS Dhoni. Kohli reached the milestone in his 82nd innings as India captain.
Dhoni took 127 innings to achieve the feat followed by Ricky Ponting (131 inns), Graeme Smith (135 inns) and Sourav Ganguly (136 inns).
India are currently chasing a target of 287. Kohli and Rohit Sharma are unbeaten at the crease. Sharma completed his century and the duo are leading the side to a successful run-chase.
Earlier in the day, Rohit became the third-fastest batsman to register 9,000 runs in the 50-over format. Only Kohli and AB de Villiers have achieved the feat faster than Rohit.
Sharma brought up the milestone in the first over of the Indian innings as he clipped Mitchell Starc away for a single. With this, the right-handed batsman has become just the sixth Indian to achieve the milestone.
Apart from Sharma, Virat Kohli, MS Dhoni, Sourav Ganguly, Rahul Dravid, and Sachin Tendulkar have more than 9,000 runs in the 50-over format. Overall, 20 batsmen have more than 9,000 ODI runs to their name.
The three-match series is levelled at 1-1 and the winner of this match will lift the trophy. (ANI)