Kohli thanks DDCA, BCCI for dedicating a stand to him at Arun Jaitley stadium 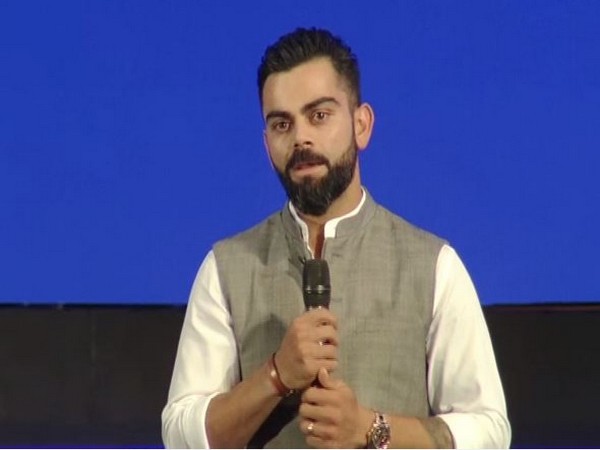 New Delhi [India], Sept 12 (ANI): India skipper Virat Kohli thanked Delhi & District Cricket Association (DDCA) and the Board of Control for Cricket in India (BCCI) after a stand named after him was unveiled at the Arun Jaitley stadium here on Thursday.
"Thank you @delhi_cricket and @BCCI for bestowing this honour upon me. The pavilion will remind me of my journey in life and in cricket but most importantly I hope it will serve as an inspiration for the next generation of young cricketers of our nation," Kohli tweeted.

An event was organised in which the stand was unveiled in the Arun Jaitley stadium, earlier known as Feroz Shah Kotla stadium.
The entire team was present during the event. DDCA president Rajat Sharma, Union Home Minister Amit Shah and Union Sports Minister Kiren Rijiju also graced the event. (ANI)