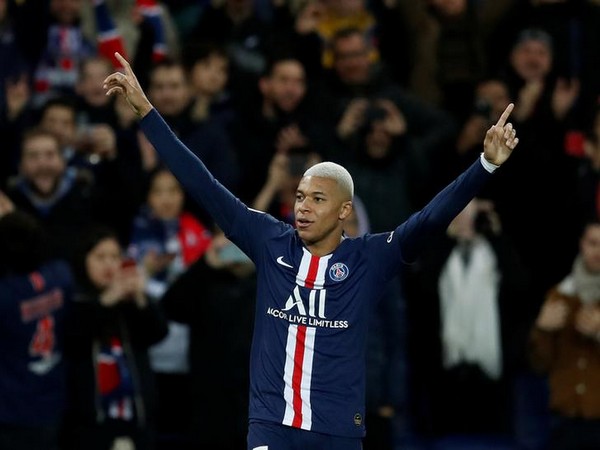 Leeds [UK], Jan 21 (ANI): Paris Saint-Germain's Kylian Mbappe revealed that the current Real Madrid boss Zinedine Zidane and Juventus' Cristiano Ronaldo were his idols when he was a child.

"Well, I've had phases. To start, as a child, it was Zidane. If you're a boy and you're French, your idol is Zidane. After that, it was Cristiano [Ronaldo] and I've been lucky enough to face him," Goal.com quoted Mbappe as saying.
"Then it was the Brazilian Ronaldo for the way he played," he added.
Mbappe said that he wants to leave a mark in the history of football.
"I want to leave that sort of a mark with my values, to leave a message in the history of football," he said.
Mbappe has scored 21 goals in 22 appearances for PSG this season. Paris Saint-Germain is currently placed on the top spot of Ligue 1 table with 49 points. (ANI)