Lampard disappointed after draw against Arsenal 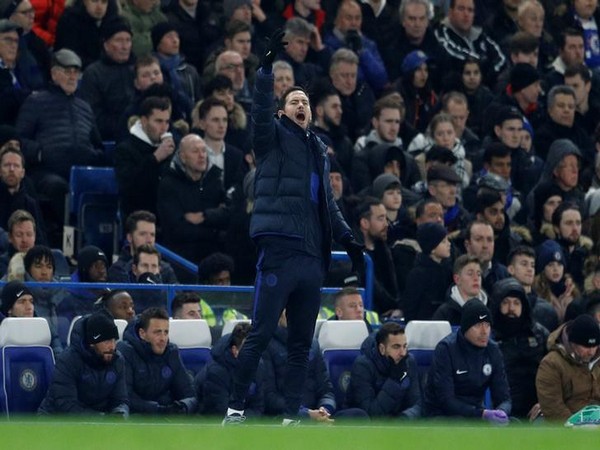 London [UK], Jan 22 (ANI): Chelsea manager Frank Lampard admitted that his club did not do the basics right which lead to a draw against Arsenal despite having a lead.

"At the point in the game you go 2-1 up, you have got to do the basics right. Get all the details right. We got one wrong, with the first one. And the second one was soft, soft for a right-back to cut inside and score into the bottom corner," the club's official website quoted Lampard as saying.
"You have to be real about it and honest about it that they had two shots, the breakaway in the first one and the second one late in the game, and they scored two goals," he added.
During Premier League clash on Wednesday, Chelsea gained a 1-0 lead in the first half and maintained it. However, Arsenal leveled the scores in the second half but Chelsea again bounced back to take a lead. Chelsea's lead only lasted for four minutes as Hector Bellerin scored a goal for Arsenal and the match ended in a draw.
Lampard feels that they did not take their chances when they came.
"They had a few moments and they fought for it. That is what they should do in a London derby. The initiative should be on us to be really ruthless about doing the right things, moving the ball quick enough, take chances when they come along. I think we moved it quick enough at times but didn't take our chances when they came," he said. (ANI)