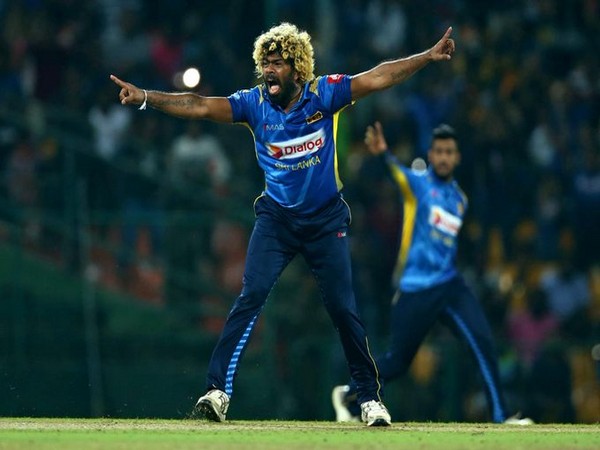 Colombo [Sri Lanka], November 19 (ANI): Death-over specialist Lasith Malinga has pulled out of the Lanka Premier League (LPL). The pacer, who is famous for his lethal yorkers, has pulled out a week from the tournament's start date, citing inadequate preparation time.

The right-arm pacer was one of Galle Gladiators' marquee players and was expected to captain the side.
"Since the West Indies series early this year, I haven't had any cricket, and there hasn't been any training for me at all. When the draft happened last month, I thought there would be about three weeks of training before the LPL, but there has been nothing," ESPNcricinfo quoted Malinga as saying.
"They are only having us come to Hambantota this week, and even there they are asking us to do three days of quarantine. It's not easy for a bowler to play at a high level without training. At the LPL they also have matches on back-to-back days. So I decided not to play the tournament," the Sri Lankan pacer added.
Meanwhile, Plunkett and Gayle were set to join former India all-rounder Irfan Pathan, Munaf Patel, local icon Kusal Perera, Sri Lankan T20 specialists Kusal Mendis and Nuwan Pradeep among others in the Kandy Tuskers before they opted out of the tournament.
In the LPL, five franchisee teams, named after Colombo, Kandy, Galle, Dambulla and Jaffna will compete in 23 matches. Colombo will take on Kandy in the opening match of LPL at the Mahinda Rajapaksa International Cricket Stadium in Hambantota on November 26.
Every day there will be doubleheaders till the semi-finals on December 13 and 14. The final will be played on December 16. (ANI)