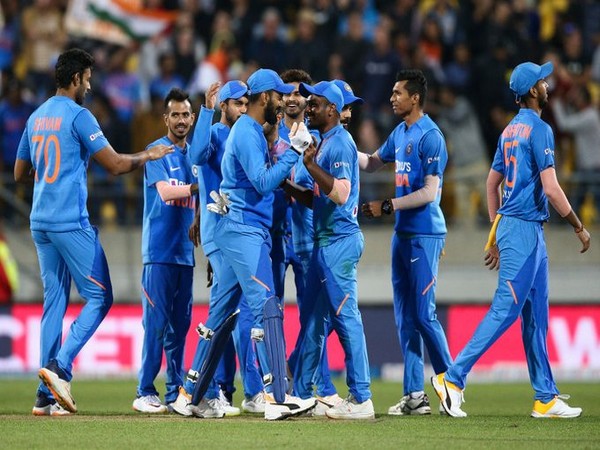 Earlier in the day, New Zealand choked yet again as India defeated the hosts to gain a 4-0 lead in the five-match series.
In the Super Over, New Zealand managed to score 13/1 and India chased down the total easily as KL Rahul and Virat Kohli achieved the score in just five balls.
"Quite Incredible to have a #SuperOver in back to back matches. The Indian seamers were simply outstanding in the last 3 overs to defend 18. Love this quality of fighting till the end from India. Great win #NZvsInd, " former cricketer Laxman tweeted. 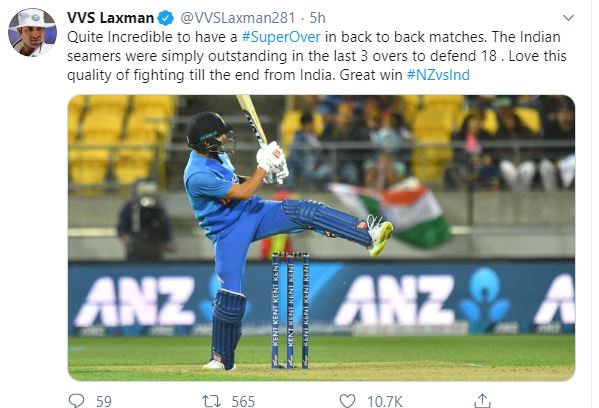 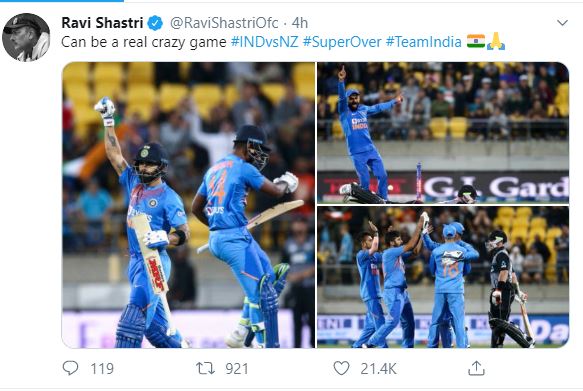 "Super Over batting 101: Start it like @klrahul11, go big at the start!. End it like @imVkohli
, calm, composed and with a proper cricketing shot! #INDvsNZ #KLRahul #ViratKohli," former cricketer Mohammad Kaif wrote on the microblogging website. 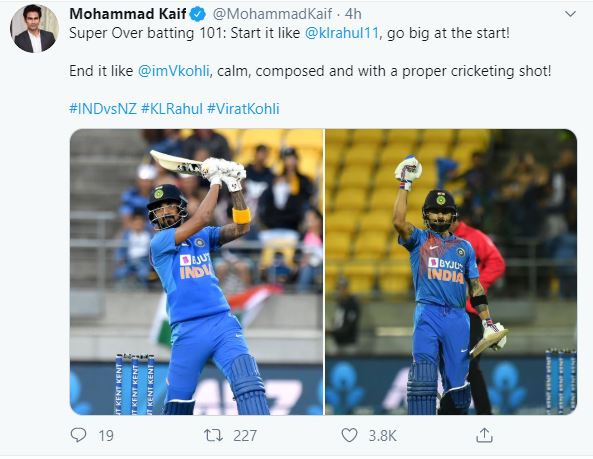 The normal twenty overs action saw India batting first and they registered a score of 165/8 with the help of Manish Pandey's knock of 50 runs.
New Zealand were on their way to register a win, but with the side needing seven runs in the final over, they lost their way, losing three wickets and taking the match in the Super Over.
India and New Zealand will now lock horns in the final T20I on Sunday, February 2. (ANI)