Learnt the art of chasing targets from Kohli: Shreyas Iyer 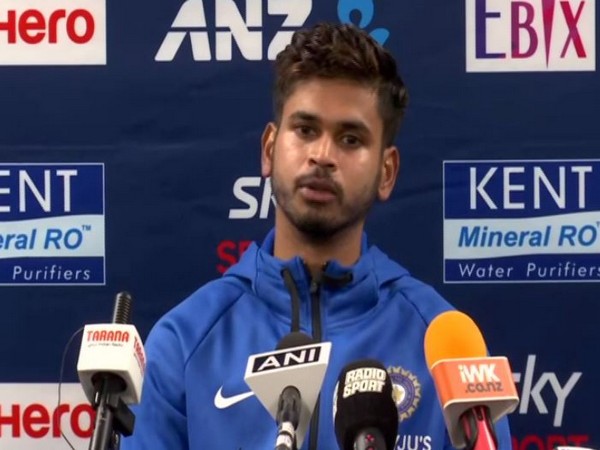 Auckland: After securing seven wickets victory over New Zealand in the second T20I, Indian batsman Shreyas Iyer said that he has learned the skill of chasing a target from Virat Kohli.

"Virat Kohli is a perfect example when goes out to bat and the way he plans his innings. I learn a lot from him personally the way he grinds out and he tries to finish the game that the best part about him," Iyer said in a post-match conference.

After defeating Blackcaps, India has gained a 2-0 lead in the five-match T20I series.

Chasing 133, KL Rahul and Shreyas Iyer starred with the bat after playing knocks of 57 and 44, respectively.

The side went over the line with 15 balls to spare.

The 25-year-old said that Rohit Sharma and captain Kohli inspire youngsters in the side.

"Also Rohit Sharma whenever given the opportunity he makes the best use of it. All these amazing characters in the team really set a good example for the youngster and there is a lot to learn from him," he said.

Iyer said that young cricketers need to back their ability and that the only way to make a mark in this field.

"IPL you get a lot of experience as a youngster, I have been playing for five years, right now captaining Delhi team. No matter whatever people its really important to back yourself and believe in your instincts because that going to take you through in a long series," he said.
On the occasion of Republic Day, Iyer said that he feels really honoured to represent the Indian cricket team.

"Really proud to be part of this amazing country and participating in the biggest event of cricket, I am grateful and thankful to be part of such an amazing team, " he added.

Both sides will now take on each other in the third T20I on January 29 in Hamilton.