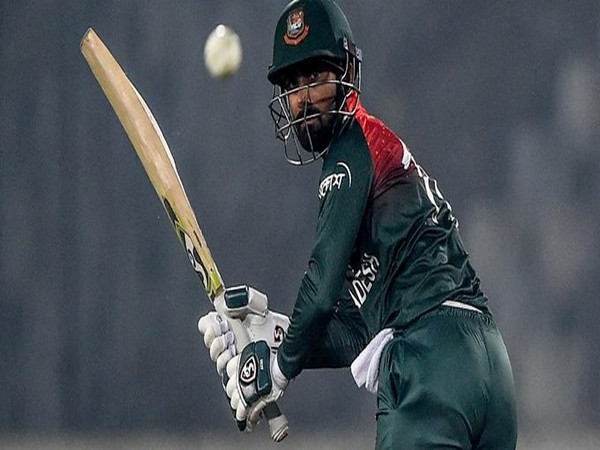 Dhaka [Bangladesh], Mar 11 (ANI): Liton Das played a knock of runs as Bangladesh defeated Zimbabwe by nine wickets in the second T20I of the two-match series on Wednesday here at the Shere Bangla National Stadium.

With this win, Bangladesh whitewashed Zimbabwe in the T20I series.
Chasing 120, Bangladesh openers Mohammad Naim and Liton Das provided a solid start to the side as the duo put on 77 runs for the first wicket. Zimbabwe finally got the breakthrough in the 11th over as Naim (33) was sent back to the pavilion by Chris Mpofu.
Soumya Sarkar next joined Das in the middle and the duo ensured Bangladesh's win by nine wickets and 25 balls to spare. Sarkar and Das remained unbeaten on 60 and 20 respectively.
Earlier, a spirited bowling performance helped Bangladesh restrict Zimbabwe to just 119/7 in the allotted twenty overs.
Put in to bat first, Zimbabwe lost its opening wicket in the third over of the innings as Tinashe Kamunhukamwe (10) was sent back to the pavilion by Al-Amin Hossain.
Craig Ervine next came out to bat, and he along with Brendan Taylor put on 57 runs for the second wicket, reviving the innings for Zimbabwe, however, Ervine's (29) vigil came to an end in the 12th over, reducing the visitors to 69/2.
Zimbabwe kept on losing wickets at regular intervals, however, Taylor remained firm at one end. The right-handed Taylor managed to score few boundaries in the final two overs, taking Zimbabwe's score past the 115-run mark.
Brief Scores: Bangladesh 120/1 (Liton Das 60*, Mohammad Naim 33, Chris Mpofu 1-18) defeat Zimbabwe 119/7 (Brendan Taylor 59*, Craig Ervine 29, Al-Amin Hossain 2-22) by nine wickets. (ANI)