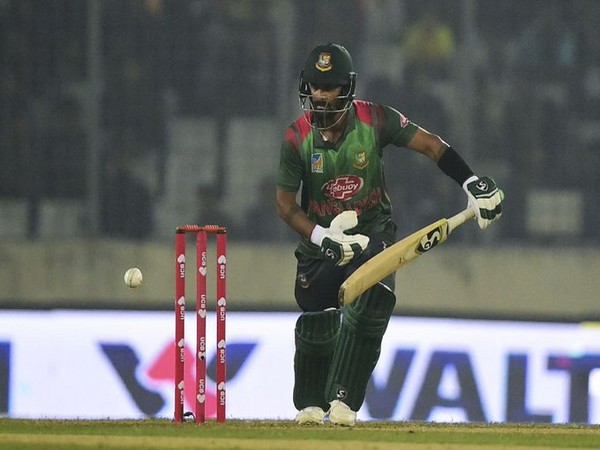 Sylhet [Bangladesh], Mar 6 (ANI): Bangladesh openers Lithon Das and Tamim Iqbal on Friday scripted the highest partnership for the side in ODIs against Zimbabwe.

Das and Iqbal stiched a record-breaking partnership of 292 in the third ODI against Zimbabwe at Sylhet International Cricket Stadium in Sylhet. 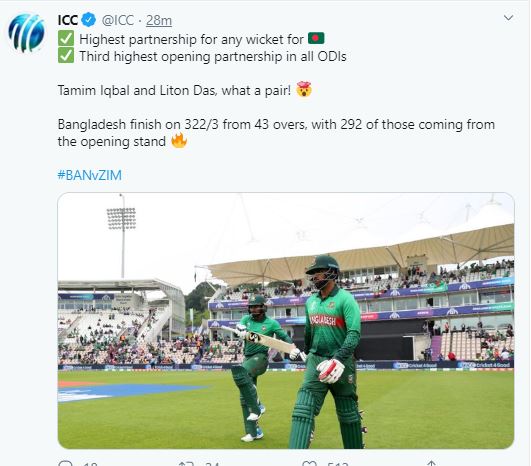 The duo broke the earlier 224 runs stand of Shakib Al Hasan and Mahmudullah for the fifth wicket that was made in 2017 against New Zealand.
Das and Iqbal also broke the record of highest opening wicket partnership for Bangladesh. Earlier the record was held by Shahriar Hossain and Mehrab Hossain. Shahriar and Mehrab partnered for 170 runs against Zimbabwe in 1999.
Bangladesh's pair also recorded the third-highest opening partnership in all ODIs.
In a rain-affected match, Bangladesh was powered to 322 after the game was reduced to 43 overs per side. (ANI)