Liverpool already focused on next game: Becker after win over West Ham United 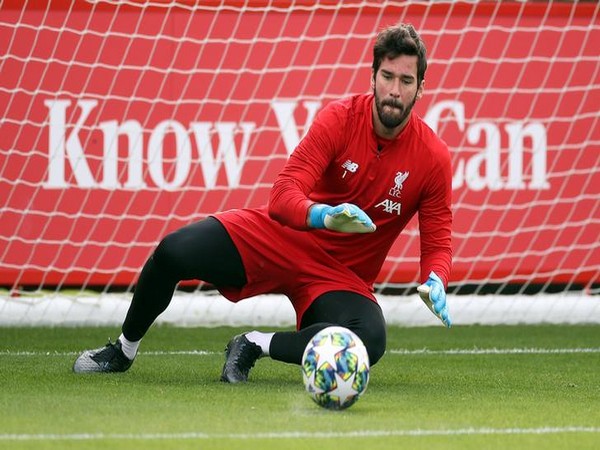 Liverpool [UK], Jan 30 (ANI): After securing a win over West Ham United, Liverpool goalkeeper Alisson Becker has said that they want to keep doing what they are doing and are focused on the next challenge.

"We always said, and we are always saying, we are focused on the next challenge and the next game. We are already focused on the next game that we have on Saturday. The next challenge is the most important of the season. We'll try to do our best to win everything," the club's official website quoted Becker as saying.
"We know our qualities and we know how far we can go but we can only go far if we do big performances on the pitch. The Premier League is the top level. So you cannot stop and you just need to keep going," he added.
Liverpool registered a 2-0 win over West Ham United on Thursday in Premier League. With this victory, Liverpool has attained a 19-point lead at the top of the Premier League table.
Mohamed Salah and Alex Oxlade-Chamberlain scored one goal each for Liverpool to hand them a victory.
Liverpool will now take on Southampton on February 1. (ANI)