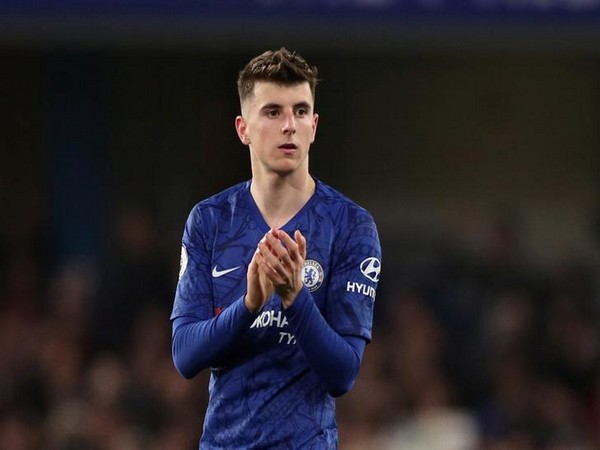 London [UK], July 21 (ANI): Ahead of the clash against Liverpool, Chelsea's Mason Mount admitted that their opponents have been brilliant this season and are worthy winners of the Premier League.

The Reds secured their first top-flight championship in 30 years on June 25 but they have not yet lifted the actual prize over their heads. However, the opportunity to do that arrives on Thursday after the club completes its final home fixture of the 2019-20 season against Chelsea.
"For a team to be as dominant as they have been this season, it definitely gives you that motivation next season to match them," Chelsea's official website quoted Mount as saying.
"We have played them three times this season and we have definitely been competitive with them, and when you watch something like the trophy lift, it gives you that extra motivation going into next season. I am a winner so I don't like watching other people win, especially other teams. You want to win with your own team so it is definitely hard to watch someone else win but they have been brilliant this season and worthy winners," he added.
Chelsea, who are currently on the third spot with 63 points, are fighting to finish in the top-four positions. Moreover, Frank Lampard's side has confirmed their berth in the final of FA Cup where they will take on Arsenal.
Mount further stated that "When you watch something like that it gives you that extra motivation to want to win and that is something we want to keep doing and finish off this season in the top four and hopefully win a trophy, and then focus on next season and really try to push to win." (ANI)