Liverpool need to play like 'grown men': Van Dijk ahead of clash against Atletico Madrid 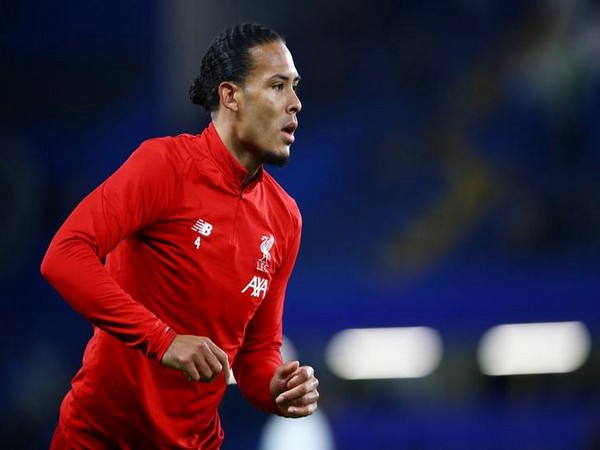 Leeds [UK], Mar 11 (ANI): Premier League table-toppers Liverpool's defender Virgil van Dijk emphasized that his club need to play like "grown men" to show why they deserve to be where they are and to erase their first-leg defeat to Atletico Madrid in the Champions League.

Liverpool is going through a rough patch as they suffered three defeats in their previous five matches in all competitions.
"The pressure is always there. The thing is when you don't get good results - we don't get too many - we have had three in the last five, but the outside world can talk like we are in a relegation battle," Goal.com quoted Van Dijk as saying.
"It is what it is. We have to deal with that. We have to be grown men about it, take it on the chin and show the world why we deserve to be where we are and why we deserve to still be in the Champions League," he added.
Liverpool were beaten by 1-0 in the first leg of their Champions League last-16 tie against Atletico Madrid. Van Dijk's side will take on Atletico Madrid in the second leg on Thursday in a hope to overcome the deficit and advance in the Champions League.
Van Dijk also admitted that Atletico Madrid have 'fantastic' players.
"They are one of the best in how they play. They are aggressive, together and they have fantastic players who can hurt you on the break too, so we have to have a fantastic night, all of us. Hopefully we can go through. We have some time to prepare and we have to be ready for a very difficult challenge," he said. (ANI)