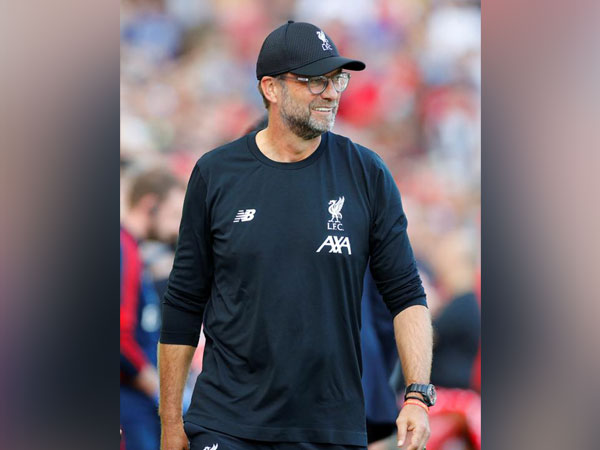 Liverpool [UK], Oct 12 (ANI): Liverpool's coach Jurgen Klopp has been named as the Premier League Manager of the Month for the second time in a row.

Klopp has gained the recognition for the month of September as Liverpool continued their winning streak in the ongoing Premier League.
The 52-year-old has now claimed the award for a fifth time, as per the official website of Premier League.
He topped a four-man shortlist and defeated Bournemouth's Eddie Howe, Chelsea's Frank Lampard and Leicester City's Brendan Rodgers.
Liverpool side won all their three matches in the month of September.
They defeated Newcastle United, Chelsea and Sheffield United and these wins have taken the side's winning streak to 16 matches in the competition.
The Reds defeated Leicester City last weekend and as a result, the side has extended their unbeaten streak to 17 matches in the competition.
If the side ends up winning their next match in Premier League, they will equal Manchester City's record of winning 18 matches at a stretch.
Liverpool is currently positioned at the top spot in the Premier League standings with 24 points from 8 matches and they currently have an eight-point lead over Manchester City.
The Reds will next face Manchester United in the competition on October 20. (ANI)