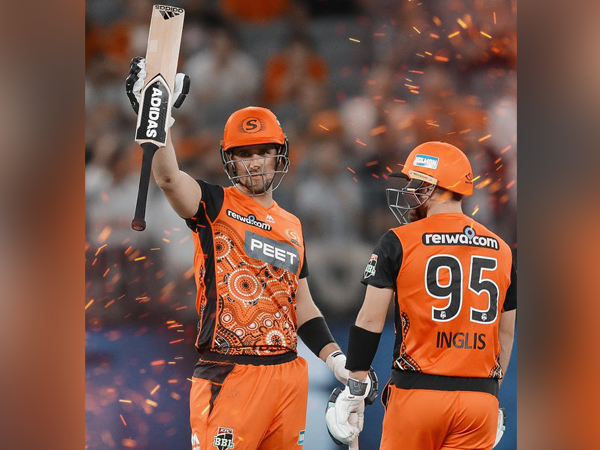 Chasing a moderate total of 154, openers Josh Inglis and Livingstone staged the platform for the victory as they built a 136-run partnership. Inglis was scalped by Gurinder Sandhu in the 14th over. He played a knock of 58 runs off 41 balls.
Kurtis Patterson joined Livingstone in the middle and stitched a brief stand of 15-run for the second wicket. The latter's resistance was cut short by Chris Morris in the 16th over. Livingston smashed quickfire 78 runs off 49 balls studded with six fours and four sixes.
Patterson and skipper Mitchell Marsh both remained unbeaten on 2 runs as Scorchers chased down the score in 15.3 overs with 27 balls to spare.
Earlier, Thunder won the toss and elected to bat first. Alex Hales knock of 85 runs off 59 balls and Alex Ross' late 22 runs helped the side to post a total of 153 runs with a loss of five wickets.
Opener Usman Khawaja (11), skipper Callum Ferguson (4), Arjun Nair (11) and Daniel Sams (1) were departed cheaply and failed to leave their impact on the scoreboard.
For Scorchers, Chris Jordan scalped three wickets while Marsh and Fawad Ahmed picked one scalp each. (ANI)