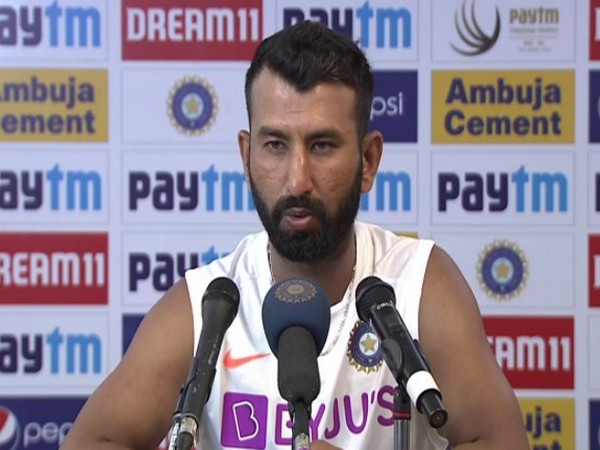 Visakhapatnam: After playing a knock of 81 runs on day four of the first Test against South Africa, Indian batsman Cheteshwar Pujara on Saturday said that a Test batsman who wants to feature in limited-overs can learn a lot from Rohit Sharma.

Rohit on Saturday surpassed Navjot Singh Sidhu to hit the most number of sixes in a Test match for India.

"He has played good in white-ball cricket. He is known for his shots. The way he hit sixes is incredible," Pujara told reporters.

"As a Test batsman who wants to improve in the ODI and T20 format, obviously there is a lot to learn from him, especially hitting the ball out of the park," he added.

At the beginning of his innings, Pujara struggled to rotate the strike. However, the right-handed batsman quickly got a move on and increased the tempo in his innings before getting out at 81.

"It was a difficult pitch to bat on, to be honest. Especially when you walk in, it was difficult to rotate the strike and the kind of shots I play, I was finding it a little difficult early on," Pujara said.

"Moreover, I was trying to play late, especially against the spinner and the pitch was quite slow. So I have to generate the power," he added.

Rohit whacked seven sixes in his knock of 127 in the second innings.

"The way Rohit was batting at the other end, it allowed me to take little more time. We put the bad balls away, and we knew if we have wickets in hands after tea, we can accelerate to put on a decent score," Pujara said.