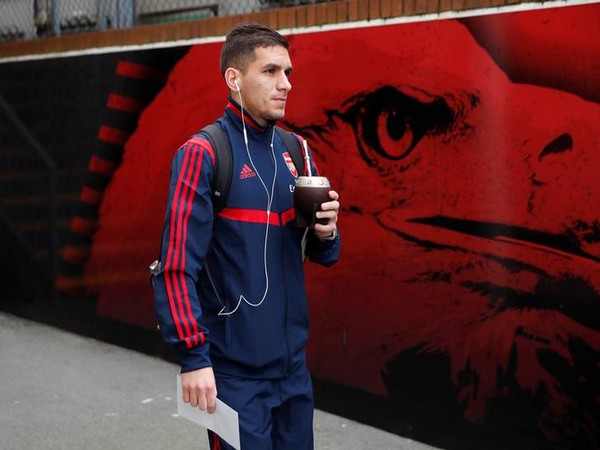 London [UK], Mar 5 (ANI): Arsenal on Thursday confirmed that Lucas Torreira suffered a fracture to his right ankle.
"Right ankle. Sustained fracture to the right ankle during Portsmouth (a) on Monday. Awaiting further specialist reviews which will determine recovery plan," Arsenal said in a statement.

The 24-year-old Torreira on March 3 fractured his ankle against Portsmouth in FA Cup clash and is waiting for specialist reviews which will determine his recovery plan.
The Gunners defeated Portsmouth 2-0 at Fratton Park. Sokratis Papastathopoulos and Eddie Nketiah scored a goal each for the Arsenal.
Kieran Tierney has joined the team for training after recovering from the shoulder injury. Tierney was forced to leave in the second half after falling badly in a match against West Ham on December 10, 2019. (ANI)