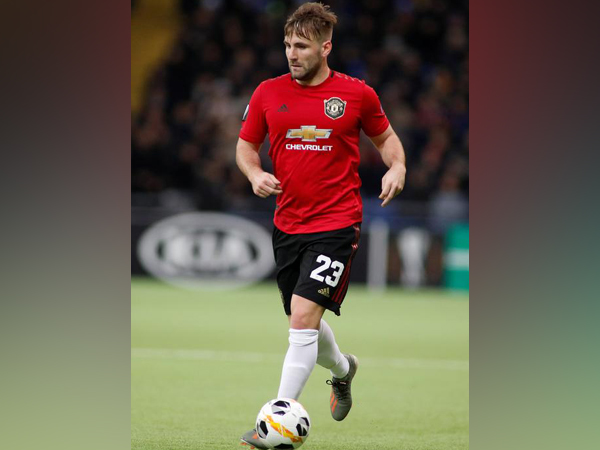 Manchester [UK], May 20 (ANI): Manchester United's Luke Shaw expressed elation over the resumption of group training and said that the players are 'itching to do more ball work.'

Shaw said the players will return to training in small groups on Wednesday.
"I'm even more excited about the biggest news of the week, and that's that we'll be getting back to training in small groups on Wednesday. We've known for around a week that it was a possibility, but United have had to make it the safest possible environment for all the players and staff," the club's official website quoted Shaw as saying.
"...I'm sure there'll be some fitness work when we get back, but we've all done a lot of running over the last three weeks and now we're all just itching to do more ball work. The most important thing is getting used to that and it'll be nice to be able to pass, dribble and get the right feel for the ball again so we can do what we all love," he added.
Premier League has been suspended since March due to the coronavirus pandemic. The shareholders in England's football competition, Premier League, on Monday voted unanimously to return to small-group training from May 19.
However, the restart plans of the league took a massive hit as six people tested positive for coronavirus.
"The Premier League can today confirm that, on Sunday May 17 and Monday May 18, 748 players and club staff were tested for COVID-19. Of these, six have tested positive from three clubs," Premier League said on Tuesday. (ANI)