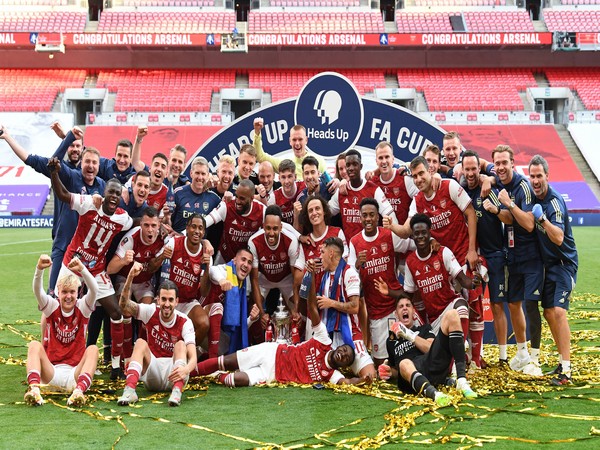 "It's the first time of grabbing it myself and it's a fantastic feeling, it's indescribable really. I'm proud of every one of my teammates and staff members for putting the plan into motion and we executed it perfectly," the club's official website quoted Maitland-Niles as saying.
Pierre-Emerick Aubameyang's scored twice to hand Arsenal a 2-1 win in the FA Cup final against Chelsea here on Saturday.
During the match, Chelsea did not take much time to open the scoring as Christian Pulisic netted a brilliant goal in the fifth minute.
However, Arsenal was awarded a penalty in the 28th minute and Aubameyang made no mistake to level the scores. He added another goal to Arsenal's tally in the second half which sealed the victory for the club.
Reflecting on the match, Maitland-Niles said, "That's what we've been working on since lockdown, having a positive attitude, always wanting to win games even when we do go down, and playing our football no matter what happens. It prevailed today and it was fantastic to see the boys turn that around and really go all-out attack to win the game for us." (ANI)