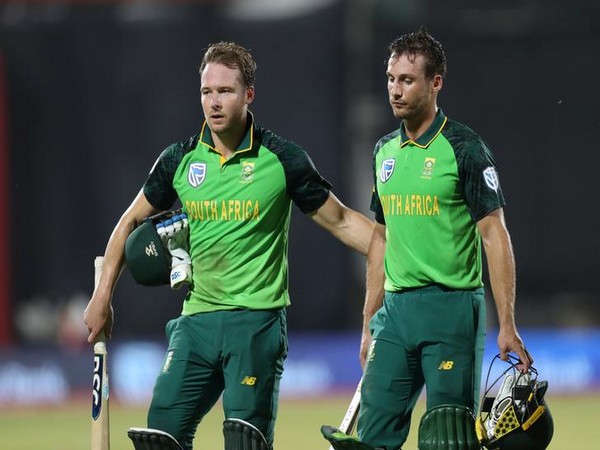 With this, South Africa has gained an unassailable lead in the three-match series.
Chasing 272, South Africa got off to a bad start as the side lost its skipper Quinton de Kock (0) on the third ball of the innings. However, JJ Smuts and Janneman Malan retrieved the innings for the hosts.
The duo put on a stand of 91 runs, but their stint was finally broken in the 21st over by Adam Zampa as he dismissed Smuts (41). Pat Cummins then also forged his name in the wicket-taking charts as he dismissed Kyle Verreynne (3), reducing South Africa to 103/3 in the 24th over.
However, Malan (129*) kept on going on his merry way and ended up bringing his first century in ODIs. He found support in Henrich Klaasen (51) and David Miller (37*), and this ensured a six-wicket victory for the Proteas with nine balls to spare.
Earlier, Ngidi's six-wicket haul restricted Australia to just 271 in the allotted fifty overs.
Australia got off to a steady start as openers David Warner and Aaron Finch put on 50 runs for the first wicket. However, South Africa came back strongly as the side dismissed Warner (35), Steve Smith (13) and Marnus Labuschagne (0) in quick succession, reducing Australia to 81/3.
Finch (69) and D'Arcy Short (69) then registered knocks of over fifty runs, but their dismissals in key junctures of the game, slowed down the tempo of Australia innings.
In the end, Ngidi cleaned up the Australian tail and registered his best figures in ODI cricket.
Brief Scores: South Africa 274/4 (Janneman Malan 129*, Henrich Klaasen 51, Adam Zampa 2-48) defeat Australia 271/10 (Aaron Finch 69, D'Arcy Short 69, Lungi Ngidi 6-58) by six wickets. (ANI)