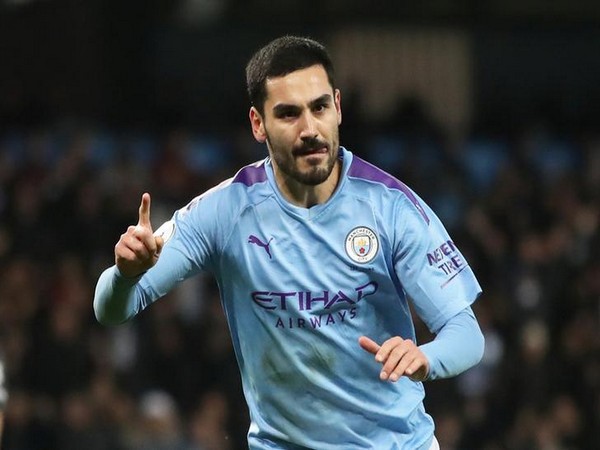 Manchester [UK], July 30 (ANI): Manchester City's midfielder Ilkay Gundogan believes that team would be able to perform up to their potential even in the absence of Sergio Aguero in the upcoming Champions League clash against Real Madrid.

Aguero is currently undergoing a rehabilitation programme in order to recover from knee surgery which he had picked up during City's 5-0 win over Burnley on June 22 in the Premier League.
Man City manager Pep Guardiola has already confirmed that Aguero will be unavailable for the clash against Madrid at Etihad Stadium.
"It is definitely disappointing to not have Sergio available. We wish him a speedy recovery and to have him back as soon as possible because he is such an important player for us," the official website of Man City quoted Gundogan as saying.
"We have to deal with injuries, as we did in the season with Aymeric Laporte not being available. We have to do the same now with Sergio's situation. I am sure we will be able to do that. Other players will have to step up. We have Gabby Jesus, who is an amazing player, but we also have different players who can play as a false nine. I am sure we will be able to deal with it, but of course, we will miss him," he added.
Man City is looking to win the Champions League for the first time but the side must first get past Madrid, the 13-time Champions League winners.
Currently, Guardiola's side has a 2-1 lead over Madrid after their last-16 first-leg match.
City finished the 2019-20 Premier League at the second position with 81 points from 38 matches.
The side defeated Norwich City 5-0 in its last league game of the season. (ANI)